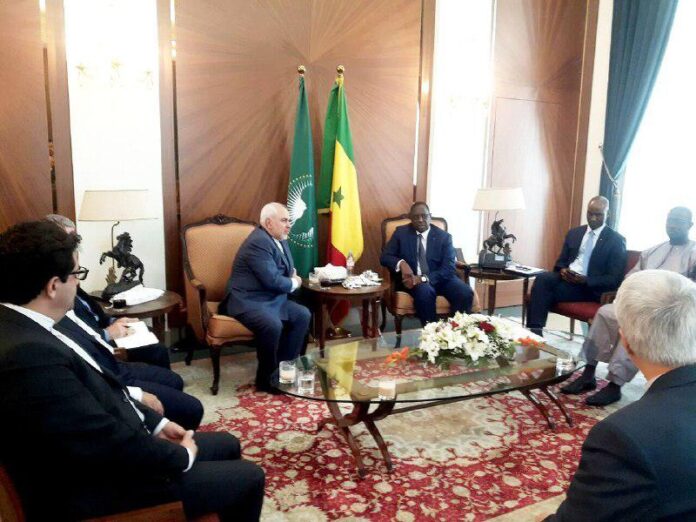 Senegalese President Macky Sall says his country is determined to boost its mutual cooperation with Iran in all fields.

He made the remarks in a Thursday meeting with Iranian Foreign Minister Mohammad Javad Zarif in Dakar.

During the meeting, the two sides also conferred on the most pressing issues in bilateral ties and the latest regional and international developments.

In the Thursday meeting, the two sides conferred on development and deepening of bilateral relations, especially in the fields of economy and trade, parliamentary collaborations and people-to-people relations.

They also discussed regional and international issues and the need for the solidarity of the Muslim world.

Zarif arrived in Senegal on a one-day visit after a tour of Latin America, which took him to Venezuela, Nicaragua, and Bolivia.

Before the three-nation tour, he had visited New York in the US to attend an annual meeting of the United Nations.