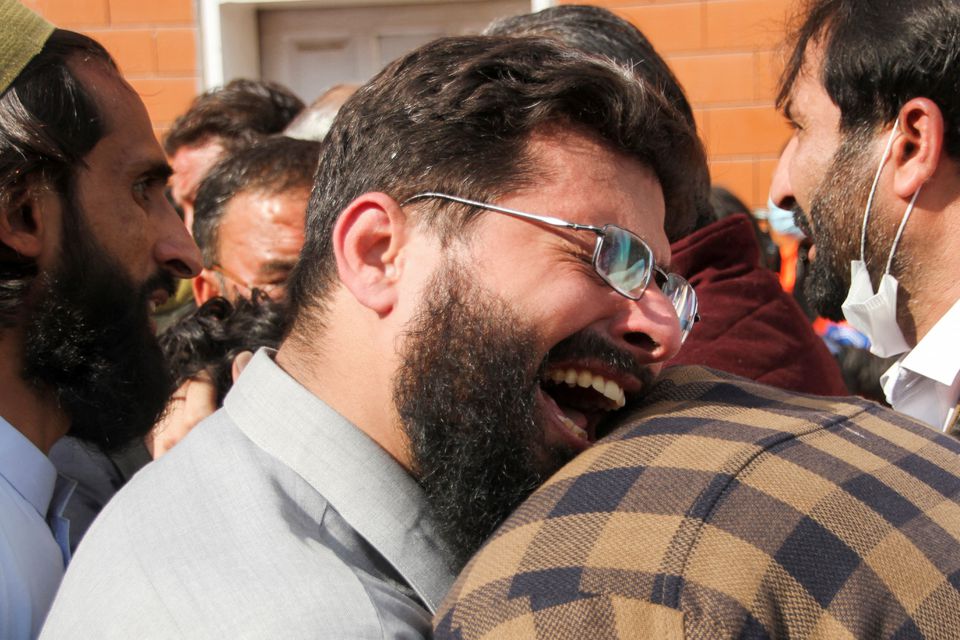 The Daesh terror group says an Afghan suicide bomber affiliated to the group, struck inside a Shiite Muslim mosque in Pakistan’s northwestern city of Peshawar during Friday prayers. The blast took at least 56 lives wounding 194 people.

The Daesh affiliate in the region known as Islamic State in Khorasan province and headquartered in Afghanistan claimed Friday’s devastating attack in a statement translated by the SITE Intelligence group.
The statement was posted on the group’s Amaq News Agency.

The statement identified the attacker as Afghan, posted his picture and said “Islamic State fighters are constantly targeting Shi’ites living in Pakistan and Afghanistan despite the intense security measures adopted by the Taliban militia and the Pakistani police to secure Shi’a temples and centers.”

The carnage at the mosque buried deep inside the narrow streets of Peshawar’s old city was horrific.
According to the spokesman at Peshawar’s Lady Reading Hospital, Asim Khan, many of the wounded were in critical condition. Scores of victims were peppered with shrapnel, several had limbs amputated and others were injured by flying debris.

Peshawar Police Chief Muhammed Ejaz Khan stated the violence started when an armed attacker opened fire on police outside the mosque in Peshawar’s old city. One policeman was killed in the gunfight, and another police officer was wounded. The attacker then ran inside the mosque and detonated his suicide vest.

The suicide bomber had strapped a powerful explosive device to his body, packed with 5 kilograms (12 pounds) of explosives, noted Moazzam Jah Ansari, the top police official for Khyber Pukhtunkhwa province where Peshawar is the capital.

The device was hidden beneath a large black shawl that covered much of the attacker’s body, according to CCTV footage. The footage showed the bomber moving quickly up a narrow street toward the mosque entrance. He fired at the police protecting the mosque before entering inside.

Within seconds, a powerful explosion occurred and the camera lens was obscured with dust and debris. Ansari added the crudely made device was packed with ball bearings, a deadly method of constructing a bomb to inflict the most carnage spraying a larger area with deadly projectiles. The ball bearings caused the high death toll, Ansari continued.

Local police official Waheed Khan said the explosion occurred as worshippers had gathered in the Kucha Risaldar Mosque for Friday prayers. There are fears the death toll could still rise further, he added.

At the Lady Reading Hospital Emergency department, there was chaos as doctors struggled to move the many wounded into operating theaters. Hundreds of relatives gathered outside the emergency department, many of them wailing and beating their chests, pleading for information about their loved ones.

Outside the mosque, Shiites pressed through the cordoned-off streets. Kucha Risaldar Mosque is one of the oldest in the area, predating the creation of Pakistan in 1947 as a separate homeland for the Muslims of the Indian subcontinent.

The prayer leader, Allama Irshad Hussein Khalil, a prominent up and coming young Shiite leader, was among the dead.

In majority Sunni Pakistan, minority Shiites have come under repeated attacks. Also, in recent months, the country has experienced a significant increase of violence and dozens of military personnel have been killed in scores of attacks on army outposts along the border with Afghanistan.

Many attacks have been claimed by the Pakistani Taliban, who analysts say have been emboldened by the Afghan Taliban seizing power last August in Afghanistan.

Pakistan has urged Afghanistan’s new rulers to handover Pakistani Taliban militants who have been staging their attacks from Afghanistan. The Afghan Taliban have announced their territory will not be used to stage attacks against anyone, but until now have not handed over any wanted Pakistani militants.