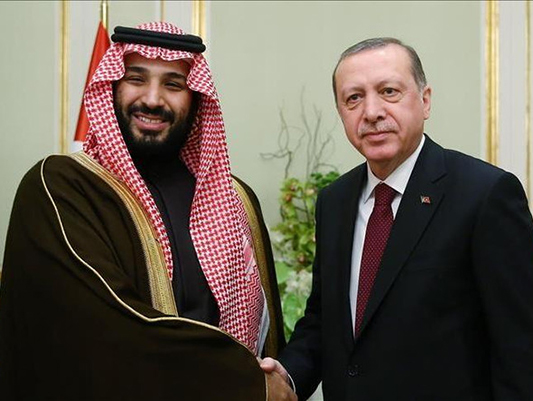 Turkish President Recep Tayyip Erdoğan has lashed out at Saudi Crown Prince Mohammed bin Salman for pledging to make Saudi Arabia a bastion of “moderate Islam”, saying the concept is a false one originated from the West.

“Islam cannot be either ‘moderate’ or ‘not moderate.’ Islam can only be one thing,” Erdoğan said in a speech at a program hosted in Ankara by the Organization of Islamic Cooperation (OIC) on women’s entrepreneurship on November 9.

“Recently the concept of ‘moderate Islam’ has received attention. But the patent of this concept originated in the West,” Erdoğan said, according to Hurriyet Daily.

“Perhaps the person voicing this concept thinks it belongs to him. No, it does not belong to you,” he added, noting that he was “asked about ‘moderate Islam’ at meetings in the European Parliament many years ago.”

“They are now trying to pump up this idea again. What they really want to do is weaken Islam … We don’t want people to learn about religion from foreign facts,” Erdoğan said, also criticizing the previous practice banning women from driving in Saudi Arabia. The ban was recently lifted with an order from King Salman requesting that driving licenses be issued to women.

“You say ‘moderate Islam’ but you do not allow women to drive. Is there any restriction in Islam banning women from driving? There is no such thing,” he said.

The Saudi Crown Prince had made his “moderate Islam” pledge at the Future Investment Initiative conference in Riyadh on October 25.

“Saudi was not like it is today before 1979. Saudi Arabia and the entire region went through a religious revival after 1979 … But now all we will do is go back to what we were: A moderate Islam that is open to all religions, to the world, and to all traditions and people,” he said.