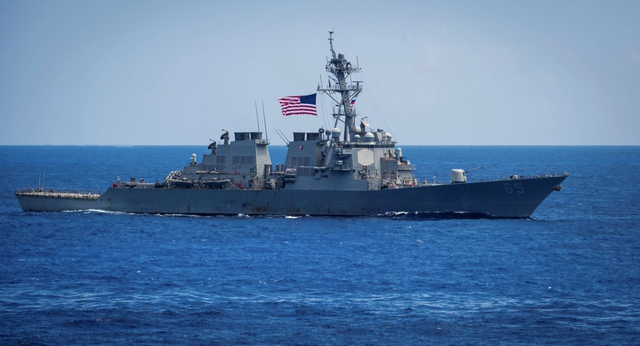 China says a US destroyer was “expelled” from disputed South China Sea waters after Beijing’s naval and air forces conducted whole-process tracking and monitoring and warned off it, accusing Washington of provocative actions at sea.

The Chinese People’s Liberation Army (PLA) announced Wednesday it had expelled a US guided-missile destroyer that trespassed in China’s territorial waters near the Nansha Islands in the South China Sea.

Calling Washington “a risk maker” to the security of the South China Sea and the “biggest destroyer” of the region’s safety and stability, Tian warned that the theater command will “remain on high alert”.

“We will resolutely safeguard national sovereignty and security, as well as peace and stability in the region,” he added.