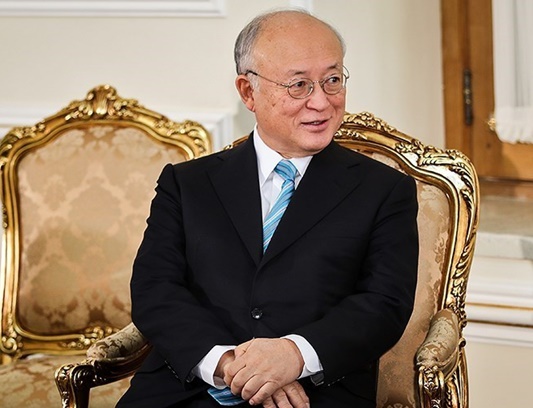 Director-General of the International Atomic Energy Agency (IAEA) Yukiya Amano plans to pay an official visit to Iran on Saturday.

Amano is slated to arrive in Tehran on Saturday and hold talks with high-ranking Iranian officials on Sunday about a range of issues, including the implementation of 2015 nuclear deal, also known as the Joint Comprehensive Plan of Action (JCPOA).

The head of the UN nuclear watchdog plans to meet Head of the Atomic Energy Organization of Iran (AEOI) Ali Akbar Salehi among others.

The visit would come as US President Donald Trump, in a major confrontational stance against Iran, refused to certify the multilateral deal on Tehran’s peaceful nuclear program.

Speaking from the White House on October 13, Trump said he will choose not to certify that Tehran is complying with the agreement.

Since the historic deal was signed in Vienna, the IAEA has repeatedly confirmed the Islamic Republic’s compliance with its commitments under the JCPOA, but some other parties, especially the US, have failed to live up to their undertakings.