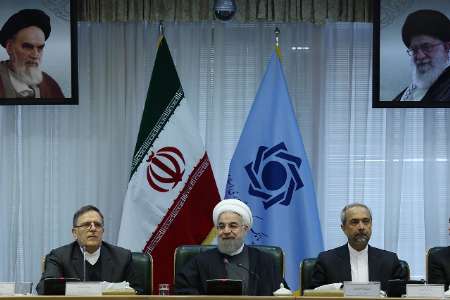 The 55th annual general assembly of Central Bank of Iran (CBI) was attended by President Hassan Rouhani and bank officials on Saturday.

The CBI general assembly made an assessment of the bank’s financial operations during the past Iranian Calendar year, ended March 19, 2015.

In addition to this, the participants overviewed the balance sheet, financial statements and previous enactments made during the period by the CBI general assembly.