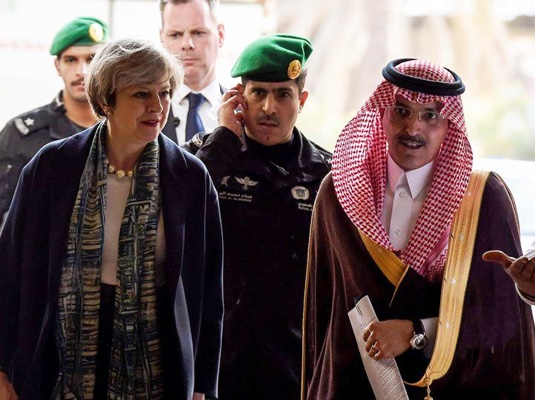 British Prime Minister Theresa May has defied Saudi Arabia’s strict custom and refused to wear a headscarf for her first meeting with the Arab country’s ruling elite.

May landed in Riyadh on Tuesday on the second leg of her three-day tour of the Middle East and risked angering her hosts by refusing to cover her head.

She follows in the footsteps of former US First Lady Michelle Obama and German Chancellor Angela Merkel, both of whom caused offence on trips to Saudi Arabia by not wearing a headscarf.

However, May has insisted she wants to be a role model to women in Saudi Arabia who still suffer extraordinary oppression in everyday life.

“I hope people will see me as a woman leader, and will see what women can achieve and how women can be in significant positions,” she said.

In Saudi Arabia women are banned from driving, allowed little contact with men and are unable to marry or leave the country without permission from their father or husband, Mirror reported.