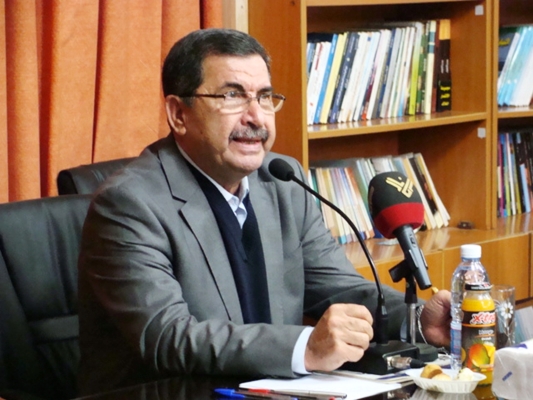 General Amin Hoteit, a Lebanese political analyst and military strategy expert, refuted the claim made by Qatari and Saudi media outlets about the break of Aleppo siege, and described it as a desperate attempt to offer terrorists a ray of hope.

In an interview with Al Ahd news channel, Hoteit downplayed the insurgents’ suicidal operations in the area as being militarily worthless.

Hoteit said the insurgents had plans to connect Al-Ramouseh District in Syria’s north-western city of Idlib to the areas in the east of Aleppo.

Therefore, he added, they have launched suicidal operations at a distance of 4 to 6 kilometres from Sheikh Saeed to al-Ramouseh and Khan Tuman to Aleppo Artillery School.

Hoteit underscored that media outlets in Qatar and Saudi Arabia, in a doomed attempt, tried to give hope to the terrorists in Syria by exaggerating their slight advancement in the area.

Such Western media as BBC and CNN had also announced that Syrian rebels have broken the siege of Aleppo.