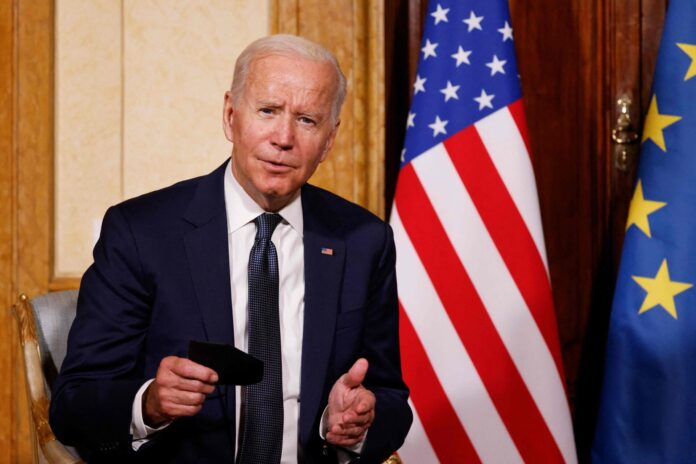 A source familiar with discussions about Iran nuclear deal tells CNN that US President Joe Biden will discuss potential options ‘of imposing higher costs on Iran’ during his G20 meetings with allies and that those costs could be imposed even as the Iran talks are underway.

US officials are highly skeptical that renewed talks over the Iran nuclear deal will yield the desired results and are actively discussing imposing penalties on Tehran as Biden prepares to meet with key allies on the margins of the G20 to chart a path forward.

Biden and his counterparts from the United Kingdom, Germany, and France will meet in Rome on Saturday just one day after the US imposed new sanctions on Iran related to its drone program and less than a week after Tehran announced it would return to the talks in Vienna following a months-long hiatus.

The fact the new hardline Iranian government has appointed a negotiating team led by opponents of the deal has only increased the sense of pessimism.

Sources in Washington tell CNN there is an ongoing debate within the Biden administration about how to proceed and how much to increase the pressure on Iran.

However, they say the US and its allies are now more willing to impose a higher cost on Iran for failing to come to an agreement if Tehran continues to take actions that are inconsistent with the 2015 nuclear deal.

The sources wouldn’t detail what those costs might be, but one person familiar with discussions tells CNN that Biden will discuss potential options during his G20 meetings with allies and that those costs could be imposed even as the Iran talks are underway.

National security adviser Jake Sullivan, briefing reporters en route to Rome, said that the meeting on the margins of the G20 is an opportunity to “closely coordinate” with the “E3” counterparts “on a joint negotiating position as we work towards a resumption of negotiations” as well as “level set on our understanding of Iran’s progress on the nuclear program since they left the JCPOA”, the Joint Comprehensive Plan of Action.

The G20 meeting was announced shortly after Tehran announced it would formally go back to nuclear talks in Vienna before the end of November, a return that would end a more than four-month long hiatus during which newly elected hardline President Ebrahim Raisi formed a government and then a new nuclear negotiating team.

Sullivan stated Thursday that it was “not entirely clear to (him) yet whether the Iranians are prepared to return the talks”, noting that “we have heard positive signals that they are but I think we have to wait and see when and whether they actually show up in the negotiating table.”

The public pronouncements from Iran “don’t give us a huge amount of optimism”, one US official familiar with the talks said, adding that so far, there’s little indication that the Iranian team is intent on being pragmatic and resolving the outstanding issues. While the US will go into the talks with a constructive spirit and see what they hear, this official said, they added that there is no reason to be optimistic right now.

The Biden administration’s skepticism about Iran’s announcement — in contrast to more positive comments as the talks under the last Iranian administration were underway — underscores just how wary it is about the renewed Vienna negotiations leading to a sustainable outcome.

A European diplomat said that Tehran’s willingness to restart talks is “not a solution, but it is a reasonably significant step forward”.

This diplomat and others had seen Iran’s delay in returning to the talks in Vienna as a stalling tactic while the country continued to develop its nuclear program. Now, there is broad discussion about “pushing up the pressure” on Iran, this diplomat said.

Though critics say the Biden administration has been lax about enforcing sanctions on Iran, US officials insist that they have kept up the pressure of President Donald Trump’s “maximum pressure regime” and argue that if they made the unilateral move to ease sanctions, that could split their united front with allies and serve Iran’s interests to divide other parties to the talks.

In recent weeks US officials have met with partner countries in order to prepare for “a world where Iran doesn’t have constraints on its nuclear program”, US Special Envoy for Iran Rob Malley noted earlier this month ahead of meetings with Gulf and European partners.

Talks on the JCPOA — which the US abandoned under the Trump administration — were suspended in late June after six rounds between Iran, China, Germany, France, Russia, the United Kingdom and indirectly, the United States.

Analysts say that pressure from Russia may have contributed to Iran’s willingness to return to the Vienna talks, but doubts remain about China’s willingness to apply pressure on Iran alongside the other parties to the nuclear deal.

A US official told CNN that the US and China do not see eye-to-eye on reining in Iran’s behavior, adding that the tense US-China relationship is also making things harder.

China has continued to import Iranian oil which is a major source of revenue for country, and there is no clear strategy to pressure China to change course. Congress sees China as a critical piece of the puzzle and is growing frustrated that there does not appear to be more of a concerted effort to get them on board, congressional aides explained.

On Friday, Iran and Russia stressed that new talks between Iran and the P4+1 group will only be successful if they lead to lifting of anti-Tehran sanctions.

The Iranian foreign minister said Iran, the Russian Federation and China have close views on regional and international issues especially the nuclear deal.

Ryabkov noted before his Friday talks with Bagheri that Moscow understands the Islamic Republic of Iran’s concerns and requirements for the resumption of talks in Vienna.

“I am sure we will agree on the timing of the resumption and the mechanism of the talks,” the deputy Russian foreign minister stated.