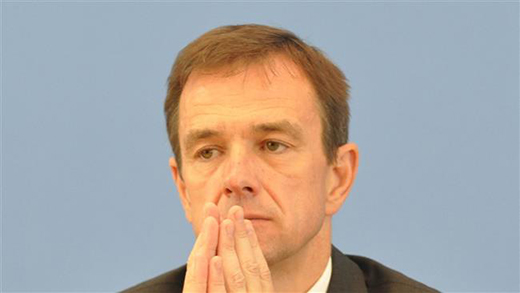 The German foreign ministry spokesman has said a final nuclear deal between Iran and P5+1would help set the stage for energy cooperation between Tehran and Berlin.

Germany is poised to engage in energy deals with the Islamic Republic of Iran, says a diplomat.

German Foreign Ministry spokesman Martin Schaefer said Wednesday that his country was looking forward to a final nuclear deal between Iran and P5+1 – the US, Britain, France, Russia, China and Germany – which, he said, would help set the stage for energy cooperation between Tehran and Berlin.

His comments came as Iran’s Petroleum Minister Bijan Namdar Zanganeh was heading to Germany for the third annual Energy Security Summit in Berlin.

The two-day event, titled “Crises and Prices: Energy Security Amidst Multiple Uncertainties,” attracted decision-makers from the worlds of politics, business and science, according to its co-organizers, the German newspaper Frankfurter Allgemeine Zeitung.

The event aims to analyze the current political and strategic challenges, focusing on ways to diversify energy supplies with the help of green technologies, as well as the “new order of energy policies and markets.”