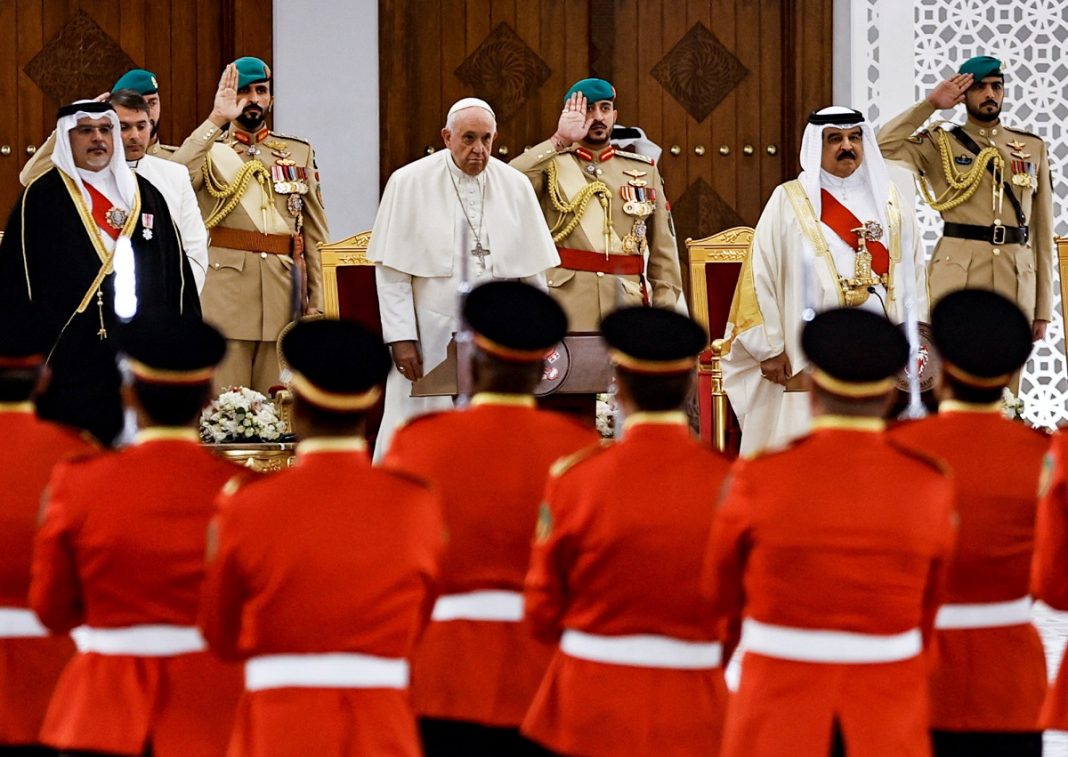 Relatives of Bahraini political prisoners have called on Pope Francis to put pressure on the Manama regime to end human rights abuses across the kingdom. They called on the pontiff to highlight the plight of the inmates by visiting their families and even prisoners themselves

The relatives of political prisoners in Bahrain welcomed Pope Francis’ call for the revocation of the death penalty and observance of human rights in the kingdom, expressing hope that the pontiff would use the remainder of his historic four-day trip to visit families of death row inmates as well as the prisoners.

“I previously requested the Pope meet with my father in prison and demand the immediate release of all political prisoners and I hope that this will happen during the upcoming days,” he added.

The Pope’s visit comes as Bahraini rights activists have raised concerns that the ruling Al Khalifah regime would take advantage of the trip to showcase an image of religious coexistence even while standing accused of systematic persecution of the Shia majority in the country, including many of the political prisoners.

Maryam Alkhawaja, a Bahraini human rights activist and daughter of Abdulhadi Alkhawaja, a prominent human rights defender imprisoned since 2011, told Middle East Eye that she and others had called on the Pope to cancel his visit to Bahrain or refuse to shake hands with the kingdom’s ruler, King Hamad bin Isa Al Khalifa, but neither of them came to pass.

“However, we are very happy to see that he took this as an opportunity to raise human rights concerns including the death penalty and the sectarian discrimination against the Shia population in Bahrain,” Alkhawaja stated.

The rights activist also said she believed the regime’s plan to use the Pope’s trip as a publicity stunt had backfired, adding, “The visit has worked against them as it has brought further attention to the disastrous human rights situation in the country.”

Bahrain’s main opposition group, the al-Wefaq National Islamic Society, said in a statement on Friday that the ruling regime was exploiting the ongoing visit by Pope Francis to cover up its gross human rights violations and repressive measures against democracy advocates.

Al-Wefaq added that the Manama regime seeks to mask the extent of its oppression and religious discrimination as prisons and detention centers across Bahrain are full of scholars, professors, elites and nationalist figures who are subjected to all forms of torture and humiliation.

Earlier, nine international human rights organizations urged Pope Francis to call for an end to human rights abuses in Bahrain and denounce the injustice and repressive policies of the Al-Khalifa regime during his visit to the country.

The head of the Catholic Church is currently paying an official visit to Bahrain at the invitation of the country’s civil and ecclesial authorities. He will conclude his trip on November 6.