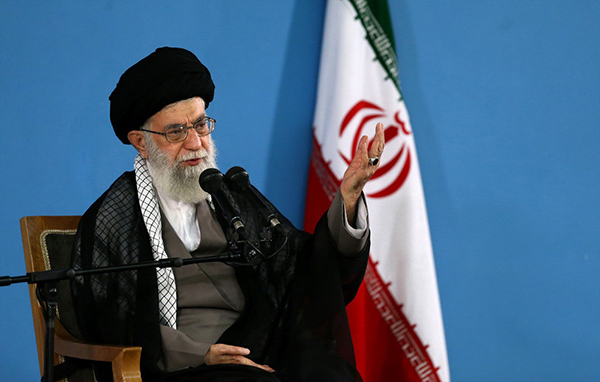 Ayatollah Khamenei made the remarks in an address to thousands of people from the East Azarbaijan Province on Wednesday.

The Leader said that the United States plans to challenge decisions by the Guardian Council, Iran’s top supervising and vetting body, in a bid to portray elections as illegal.

“Since the first day of the [Islamic] Revolution, Americans have opposed certain basic organs, including the Guardian Council, but they could not do away with it. Now they want to call into question its decisions,” Ayatollah Khamenei said, stressing that “they want to keep the country in a four-year legal vacuum.”

The Leader said enemy seeks to distract the public opinion from its “evil objectives” and called on the Iranian nation to remain vigilant to not act in line with enemy’s will.

Most of those who repeat enemy’s disparaging remarks on the Guardian Council are ignorant of their action, said the Leader, adding that their act undermines not only the Council but also the elections, Majlis and the process of passing law for the next four years.

Ayatollah Khamenei went on to say that the recent remarks by US officials about blocking foreign investment in Iran shows that Washington is not trustworthy.

The Leader further thanked the Iranian people for their impressive participation in the rallies commemorating the 37th anniversary of the Islamic Revolution’s victory.