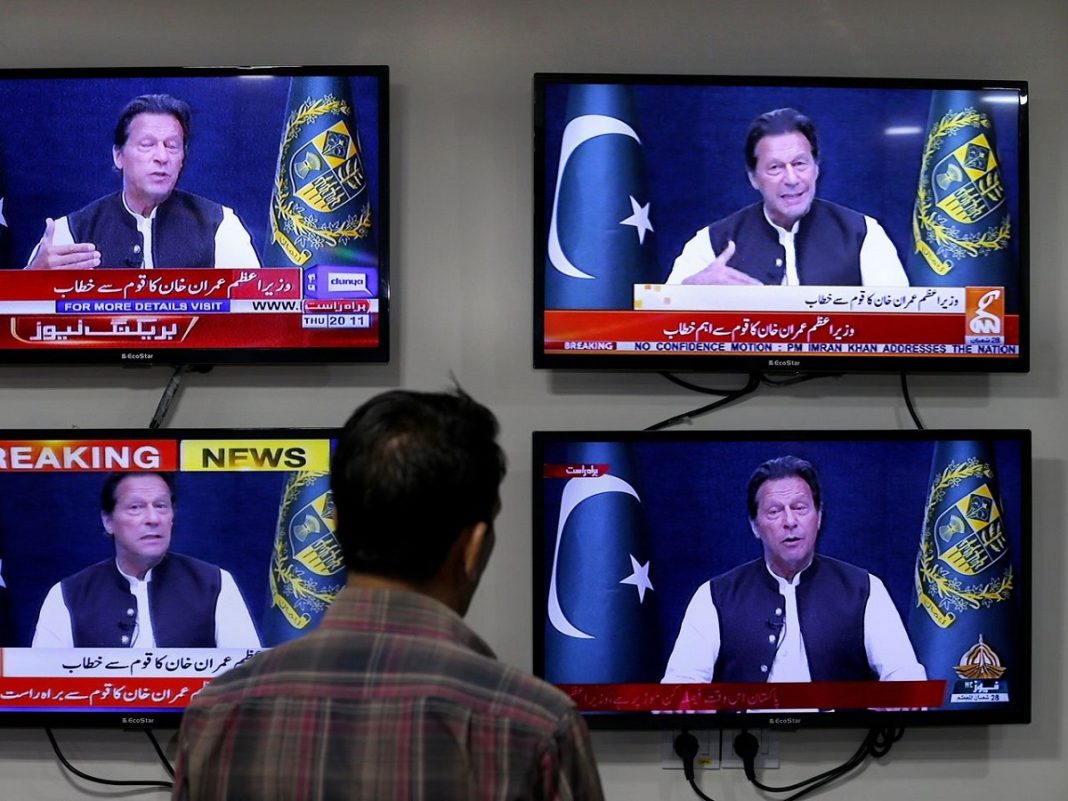 A Pakistani court has issued an arrest warrant for former Prime Minister Imran Khan for "threatening" a female judge at a public meeting in August, local media reported.

The warrant was issued by a magistrate in the capital Islamabad after the former premier failed to appear before him for a hearing on the case.

Khan had initially been booked under the country’s anti-terrorism law. However, the Islamabad High Court later ordered the revocation of terror-related clauses in the case.

The high court also ordered the cricketer-turned-politician to appear before the magistrate, which he failed to do.

There was no immediate word from the government on whether the ex-premier would be arrested, though local broadcaster Dunya News reported that Islamabad police have yet to receive any such orders.

In his speech during a rally on Aug. 20, Khan said he would take legal action against Islamabad’s police chief, as well as a judicial official who ordered the physical remand of his chief of staff, Shehbaz Gill.

Khan is also facing a contempt of court hearing in the Islamabad High Court for “threatening” the female judge.

Since his ouster from power in a no-confidence vote in April, Khan has staged a series of anti-government rallies and called for early elections, which are otherwise due in late 2023.