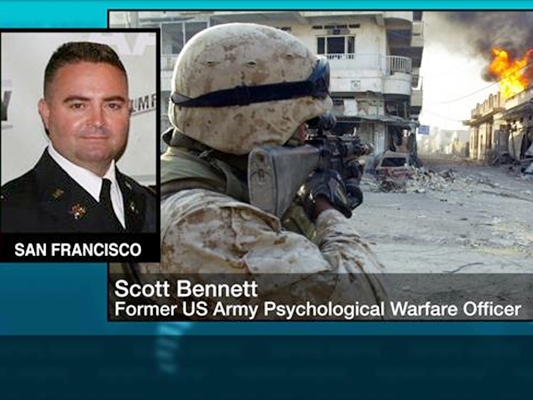 “Iran is the only power that can provide the Iraqi people with brotherly camaraderie,” Scott Bennett, a former US Army psychological warfare officer, says.

The US is realizing that it is getting “increasingly isolated” in the fight against Daesh [ISIS], and is recognizing Iran as “a legitimate power” in this regard, says an American analyst.

Bennett made the comments in an interview with Press TV on Wednesday June 29, when asked about US Secretary of State John Kerry, who has praised the role Iran has played in the fight against Daesh in Iraq.

“Look, we have challenges with Iran as everybody knows, and we are working on those challenges,” Kerry was quoted as saying by CNN on Tuesday. “But I can tell you that Iran in Iraq has been in certain ways helpful, and they clearly are focused on ISIL-Daesh, and so we have a common interest, actually.”

Bennett said Kerry’s remarks are, “Quite a powerful indication that the United States is finding itself increasingly isolated in its alliance with Saudi Arabia and its Wahhabi Takfiri mercenary operations in Syria, and it’s discovering that the rest of the world is finding out and learning very quickly that the US really has been financing and is responsible for a lot of this disruption.”

“The United States is now recognizing Iran as a legitimate power, that is, really the only power that can provide the Iraqi people with brotherly camaraderie,” Bennett stated.