Iran is ready to help with the resumption of national dialogue in Yemen, Amir Abdollahian said in a phone conversation with Ismail Ould Cheikh.

The deputy foreign minister pointed to the continued Saudi airstrikes on the Yemeni nation, and said Iran is ready to help with the resumption of national dialogue in Yemen.

Amir Abdollahian reiterated Iran’s logical stance on a political solution to the crisis in Yemen, and called for an end to Saudi-led airstrikes on Yemen.

The UN envoy, for his part, praised Iran for its efforts to help find a political solution to the crisis in Yemen, and said, “A lot of efforts have been made so far to stop the war in Yemen and send humanitarian aid to the Muslim country.”

Cheikh Ahmed said that the Yemeni crisis has a political solution, and added, “The early signs of the attainment of an agreement can be seen, but it needs cooperation of all Yemeni sides and all countries’ support for the Yemeni-Yemeni talks.” 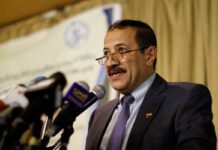 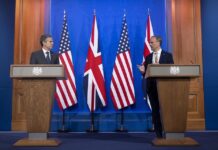