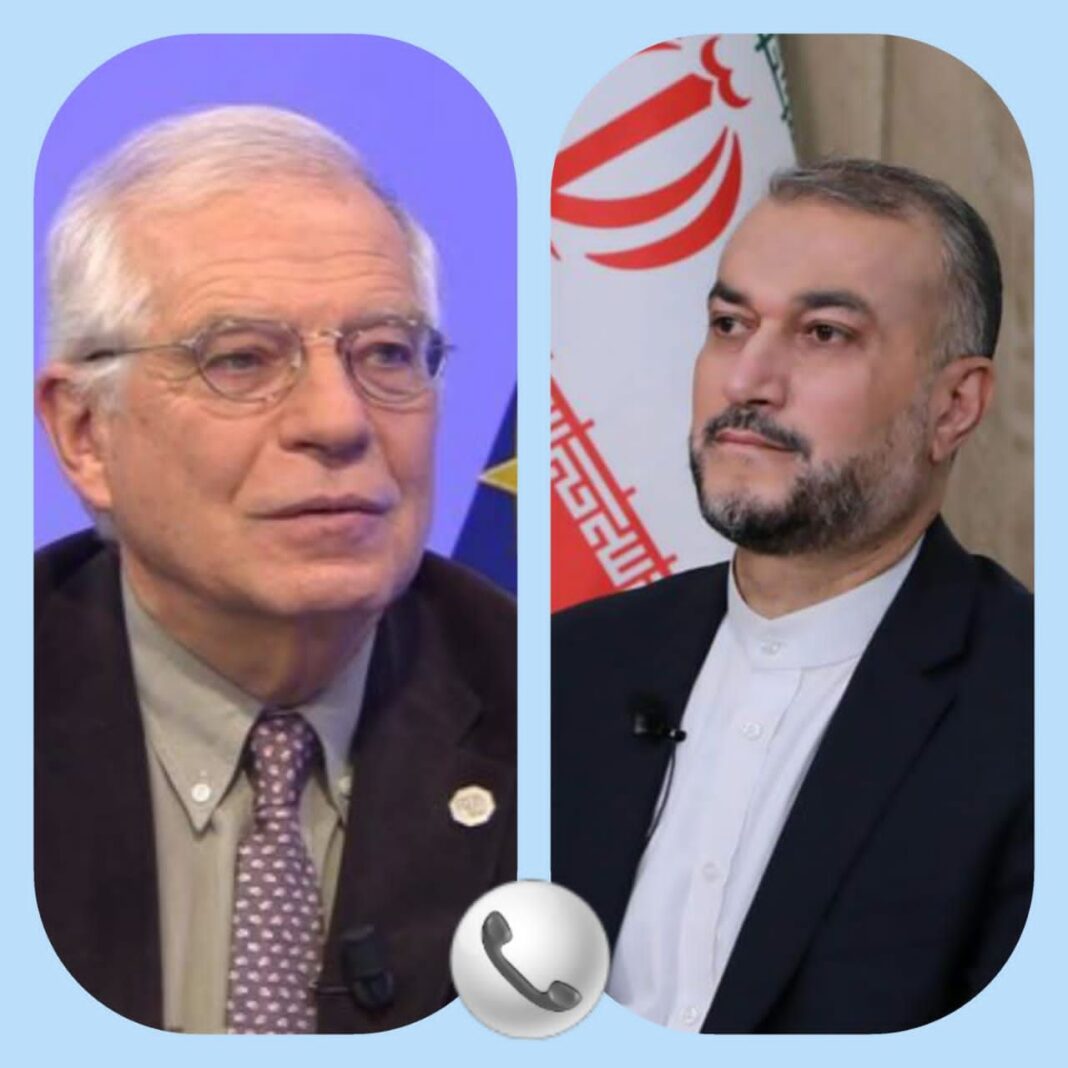 Iranian Foreign Minister Hossein Amir Abdollahian has said the West must end its previous slogans regarding Tehran’s nuclear program that violated the rights and interests of the Iranian people.

Amir Abdollahian made the comment during a phone call with the EU’s Foreign Policy chief Josef Borrel. The two were holding talks on the process of the ongoing negotiations in Vienna.

Amir Abdollahian referred to Iran’s initiative at the Vienna talks and its two draft documents that could mark a breakthrough in the negotiations. He urged the West to also offer its own initiatives.

He renewed call for the removal of all anti-Iran sanctions. Abdollahian also thanked the EU foreign policy chief and his colleagues for their efforts and described the process of talks as good though slow.

He added that the Iranian delegation is participating in the negotiations actively and in good faith as well as with necessary powers and achievable and progressing initiatives.

He also reaffirmed Iran’s commitment to technical cooperation with the International Atomic Energy Agency, IAEA, adding that in addition to the negotiations and meetings by Iran’s top nuclear negotiator Ali Bagheri, Iranian experts are also engaged in technical and expert discussions with the P4+1 group of countries in the form of sanctions removal and nuclear committees.

The Iranian foreign minister further said despite the violations by the US and inaction on the part of the European troika, Iran is attending the talks in god faith. Amir Abdollahian added that Iran’s negotiating team has clear, tangible and practical initiatives for each stage. Amir Abdollahian said, “We believe that a good deal is at hand but it requires a shift by some parties away from the language of threat to the language of cooperation and mutual respect that would be also result-based.

Borrel also described as important the serious efforts of all negotiating teams from Germany, China, Russia, France, Britain, and particularly the Islamic Republic of Iran to reach an agreement in Vienna.

Both Amir Abdollahian and Borrel described the atmosphere of the Vienna talks as positive.