A well-known Iranian pop singer has protested against Trump’s racist decisions, particularly his executive order that bans the citizens of several Muslim countries, including Iran, from entering the US.

According to a report by IFP, Fereydoun Asraei, an Iranian pop singer who has the experience of living in Canada for many years, in an Instagram post expressed his protest against US President Donald Trump’s visa ban for seven countries including Iran and the deportation of Iranian immigrants. 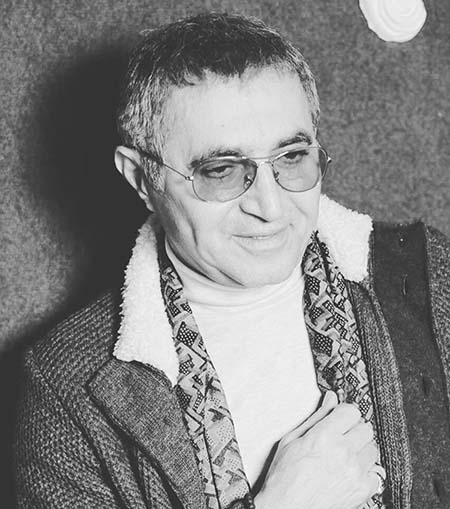 “Today I saw an English report in a French news channel showing an Iranian man crying for being deported from the US,” he wrote.

“What is the reality? Is the United States the utopia people all around the world long to immigrate to?”

“A nation that voted for an impolite, racist businessman who ordered today that a large number of our compatriots be deported, and banned the others from legally entering the US? A territory that was occupied by the ancestors of people like Trump after massacre of the Indians?”

“My compatriots! The US isn’t the country you imagine,” he expressed. “The statistics show that many American residents are killed every day, many women are raped.”

“Is it really the lost heaven of some Iranians?”

He also blamed the US for supporting a country like Saudi Arabia which supports terrorism.

“The terrorism and fundamentalism are rooted in Saudi Arabia. It is a country that supports tyrants such as Osama bin Laden and ISIS for years. The warmonger United States sells weapons and war equipment to this country to boost its own economy founded on humans’ blood.”

“While the Saudi citizens easily enter the US, the Iranians, one of the most educated, intelligent members of American society, are humiliated like this!”

“By doing this, the US administration announced its slavery toward Saudi Sheikhs.”

He then made it clear that criticizing the US state doesn’t mean hostility towards its citizens: “People are never judged based on their rulers.”

“I take my hat off to the liberal American people who gathered around to show their hatred towards the decisions of Trump and his racist administration.”

“The American dream is merely a dream: the reality is another thing, my compatriots,” Asraei added.