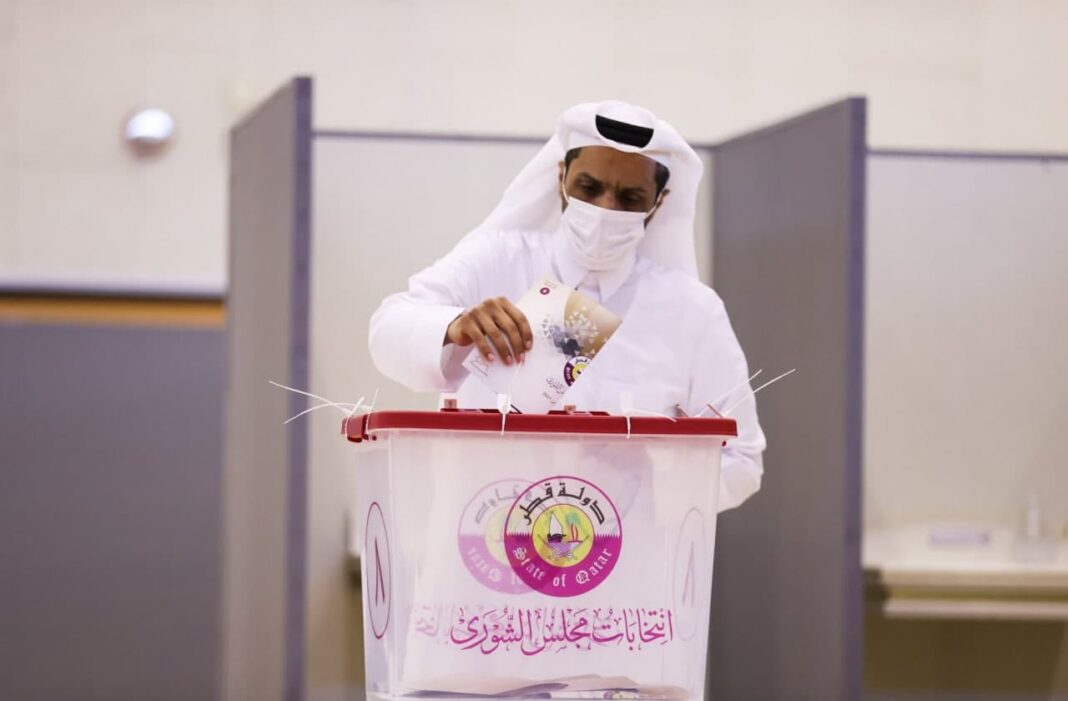 Qatari voters have chosen none of the 26 women in the first legislative elections in the Persian Gulf Arab state on Saturday.

The results of Qatar’s first legislative council election have been announced, with none of the 26 female candidates winning at the polls.

Qatari citizens voted on Saturday in the Gulf Arab state’s first legislative elections for two-thirds of the advisory Shura Council, a process that has stirred domestic debate about electoral inclusion and citizenship.

The Shura Council has legislative authority and approves general state policies and the budget but has no say in the setting of defence, security, economic and investment policy for the small but wealthy gas producer, which bans political parties.

Turnout for the election of 30 members of the 45-seat body was 63.5 percent, the interior ministry announced in a statement on Sunday. The emir will continue to appoint the remaining 15 Council members.

Results showed none of the women who were part of the polls was elected, disappointing candidates who had wanted to lend a voice for women and other Qataris in the country’s political process.

“To have all men is not the vision of Qatar,” said Aisha Hamam al-Jasim, 59, a nursing manager who ran in the capital Doha’s Markhiya district.

She urged Qatari women to start “voicing what they believe in” and vote for strong women candidates in the future.

Several female candidates had been seeking to improve the integration into Qatari society of children of Qatari mothers married to foreigners who, like in other Gulf states, cannot pass their Qatari nationality to their children.

“To convince the males [to vote for women], yes, we may have to put in work or extra effort… I’m willing to take this extra effort in order to be in and to convince this society that the women can do so,” she noted.

The elections stirred domestic debate about electoral inclusion and citizenship.

Tribal sensitivities were stirred after some members of a main tribe were ineligible to vote under a law restricting voting to Qataris whose family was present in the country before 1930.