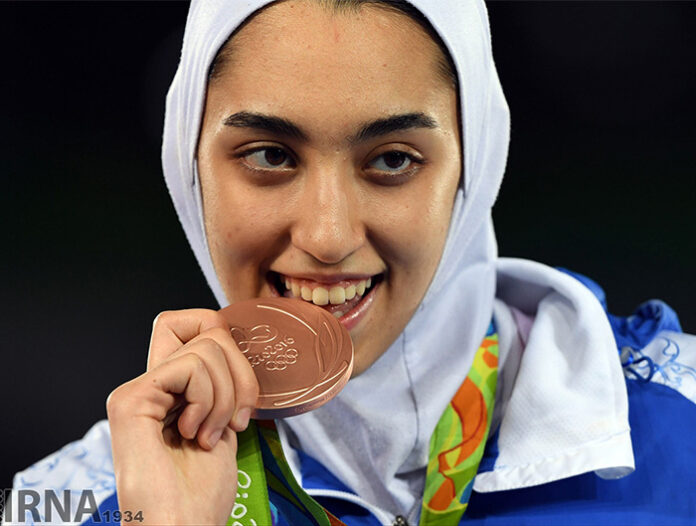 Kimia Alizadeh became the first Iranian woman to win an Olympics medal by winning bronze in -57 kg class of taekwondo at Rio 2016.

Alizadeh, who is only 18 years old, defeated Sweden Nikita Glasnovic 5-1 on Thursday after winning the repechage match with her Thai rival, Phannapa Harnsujin 14-10.

Iranian athlete was defeated by Eva Calvo Gomez of Spain in quarter-finals 8-7, however, she could compete a repechage once the Spanish Gomez reached the final.

UK’s Fade Jones won the gold medal of the class after beating Gomez 16-7.

The Iranian Olympians have so far won five medals in the Rio games.