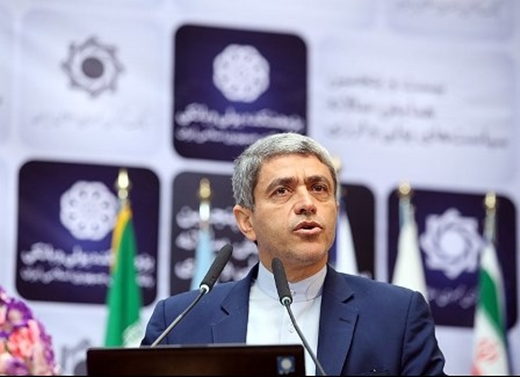 Tayyebnia said the important role of Asian states in global economy and impact of the bank on infrastructural development is evident.

Iran’s Minister of Economy and Financial Affairs Ali Tayyebnia said in Beijing on Monday that establishment of the Asian Infrastructure Investment Bank (AIIB) will lower poverty and help establish peace and stability in the region.

Speaking after a ceremony to sign the articles of association (AOA) of the Asian Infrastructure Investment Bank (AIIB), which outlines the legal framework and management structure of the institution, Tayyebnia said the important role of Asian states in global economy and impact of the bank on infrastructural development of the countries to link their economy with the world, is evident.

He further said that infrastructural development of the members is the most important point for gaining access to economic integrity of the Asian countries.

He expressed hoped that future activities of the bank in financing infrastructural projects in Asia will ease the shortage of credit and help commission new activities.

Tayyebnia said he was pleased that in addition to Asian states, non-Asians, especially European states, had a share in the establishment of the bank, and said such contribution is indicative of the serious endeavor of other countries toward sustainable economic development and living standards of the public.

Meanwhile, Chinese Finance Minister, Lou Jiwei, in a speech to the AIIB meeting, expressed hope that the AIIB will be helpful in the development drive of the Asian continent.