AIIB can be instrumental in Asian development projects: Economy minister 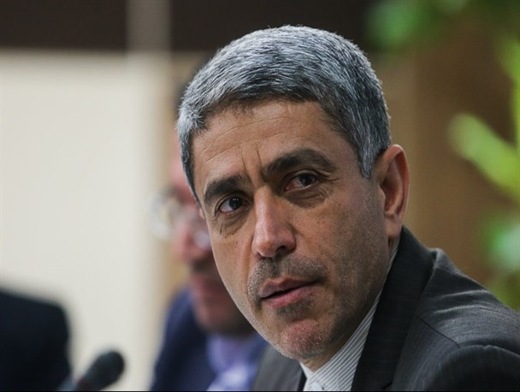 Iran's membership of the bank is in line with measures to realize the principles of the resistance-based economy, Minister of Economy and Financial Affairs Ali Tayyebnia said.

According to Economic and Finance News Network of Iran, upon arrival in the Chinese capital to sign the documents of the newly-founded bank, the Iranian economy chief told reporters that the bank’s Articles of Association is expected to be signed by its founding members. “That would open a new chapter in the activities of the Asian Infrastructure Investment Bank.”

He went on to say that as a founding member of the Asian Infrastructure Investment Bank, Iran tries to “play an effective role” in the activities of the bank.

He concluded that the Asian Infrastructure Investment Bank can complete the activities of other banks when it comes to financing development projects.

Iran’s membership of the bank is in line with measures to realize the principles of the resistance-based economy by effectively tapping into the potential of regional and international economic organizations and promoting a more prominent role of nations in the region’s economy.

China first proposed the formation of the Asian Infrastructure Investment Bank in 2013. The seed money of the bank stands at $50 billion to be provided by member states.

Chinese officials say the Asian Infrastructure Investment Bank has been established to compensate for the shortage of credit for investment in Asian development projects and is in line with China’s new economic strategies and policies to interact with fellow Asian nations, especially those of Central Asia.

The Asian Infrastructure Investment Bank is not to serve as a rival for other regional and international banks; rather, it is meant to supply the capital that cannot be provided by other banks such as the Asian Development Bank (ADB). That is why the chairmen of the World Bank and ADB have welcomed its establishment and have signaled readiness to cooperate with it.