A man who hires the unhappy and miserable 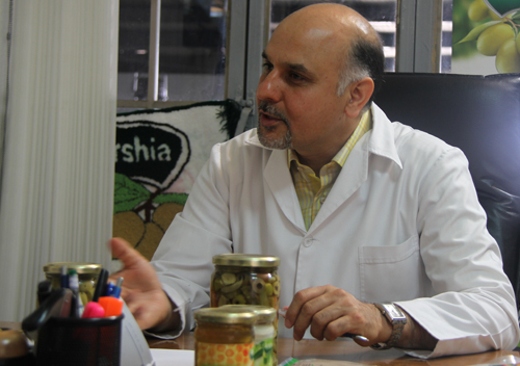 A new business by an entrepreneur offers jobs to women who support their families and former prisoners with criminal records.

The footprints of certain people are as unique as their fingerprints. What makes people like Alireza Nabi unique is that they look at the world differently and serve the interests of those who have led painful lives and those who are always turned down by others. Normally, employers are loath to hire ex-cons, even those who have been tossed in jail for unintentional crimes.

The factories Alireza Nabi has founded are manned by ex-cons and are now exporting olive to the world. He credits his success to the aspiration and perseverance of those who’ve suffered a lot.

Jamejam daily has conducted an interview with this entrepreneur. The following is a partial translation of the interview:

Fear is the only reaction people show when they are told about prisoners, but it was not the case with you. Why?

Fear has its roots in ignorance. When you lack knowledge about a person, place or situation, your mind shows automatic reaction. I have no fear because I’ve socialized with these people for years and listened to them.

By fear, I mean lack of trust. Why did you decide to trust them?

I always wondered how I could help and serve people. A hadith from Imam Ali (PBUH): “Silence would prevail in the world if everybody’s words and deeds were the same,” inspired me.

I’ve always talked in the capacity of a university teacher and now it is time for action, I thought. I decided to do something to help my religion, country and people.

I wanted to establish an industrial unit to employ people with disability, but it was not something new. I decided to do something for female breadwinners, because they are in dire need of help. I think a society grows if women are respected. On the other hand, women are the best in the workforce due to their intelligence, strength, creativity, faithfulness, commitment and emotional intelligence. […]

How many people are working for you?

We are a 400-member family. Women, who account for 85% of the workforce, work in four plants. Only machinery operated by humans is used in these plants.

How come you went after the [newly] released prisoners and people with criminal record?

Some of the women who work for us are there to fill the vacuum created by the absence of their imprisoned husbands. Four years after we employed women breadwinners, we decided to develop our business; thus we thought we could support those who were behind bars for unintentional crimes. We hired the husbands of our female workers.

Then we reached out to well-wishers since we could not handle the job single-handedly. They accepted to have those individuals who were in prison for financial wrongdoings freed, and we accepted to employ them after their release.

We’ve set up a fund in which the employees invest. After five years, they can earn dividends. […]

On which system have you modeled your work?

It is not a copy of others. This is the fruit of our own thoughts. I go to the production hall twice a week and talk with the employees. We confide in each other. I want to eliminate the boundaries.