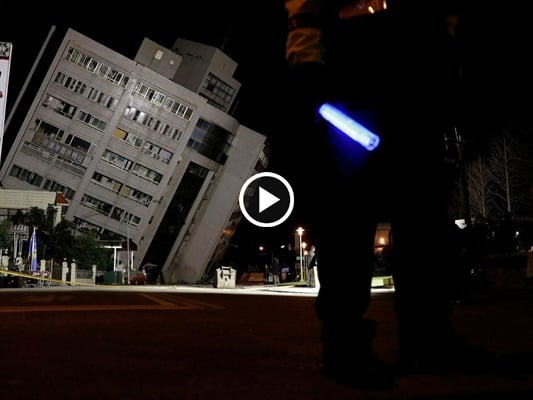 A magnitude 6.4 earthquake has hit near the popular Taiwanese tourist city of Hualien on Tuesday night, killing at least four people and injuring 243 others.

Rescuers combed through the rubble of collapsed buildings on Wednesday, some using their hands as they searched for about 140 people missing after the strong earthquake.

Many of the 140 people missing were believed to be still trapped inside buildings, some of which were tilting precariously, after the quake hit about 22 km (14 miles) northeast of Hualien on Taiwan’s east coast.

Aftershocks with a magnitude of at least 5.0 could rock the island in the next two weeks, the government said. Smaller tremors rattled nervous residents throughout the day.

Taiwan, a self-ruled island that China considers part of its territory, lies near the junction of two tectonic plates and is prone to earthquakes.

More than 100 people were killed in a quake in southern Taiwan in 2016, and some Taiwanese remain scarred by a 7.6 magnitude quake that was felt across the island and killed more than 2,000 people in 1999.