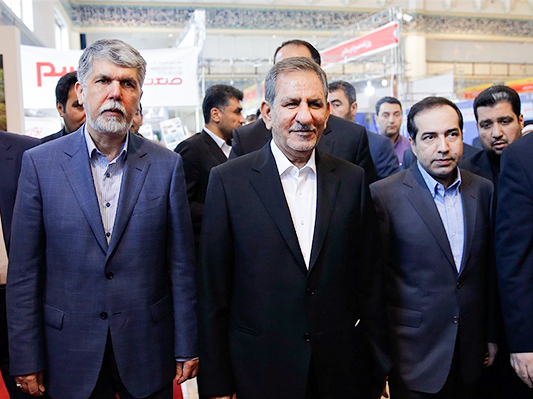 The 23rd edition of Iran’s Press Exhibition was officially inaugurated on Saturday morning in a ceremony attended by First Vice-President Es’haq Jahangiri.

Known as one of Iran’s most important cultural events, the 23rd edition of the Press Exhibition was kicked off in the capital Tehran on Friday, while First VP Jahangiri inaugurated the fair officially on Saturday morning.

The motto of this year’s edition is “Free Media: Social Solidarity, National Progress”.

Here are photos of the opening ceremony retrieved from ISNA: