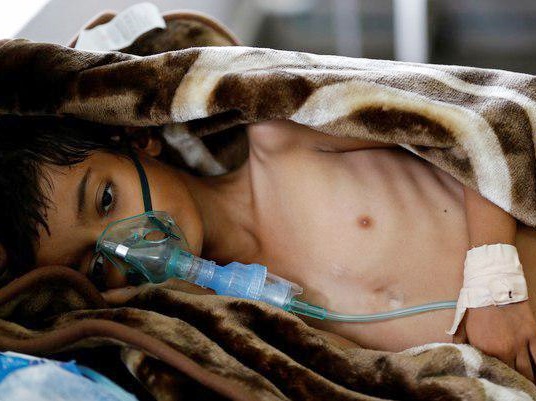 Thousands of Yemeni patients have lost their lives due to the sanctions imposed by the Saudi-led coalition and the closure of Sana'a airport, according to Yemen’s Health Ministry.

According to Abdul Hakim al-Kahlani, a spokesman for the Yemeni Ministry of Health, every year, over 100 patients need to leave Yemen to receive treatment abroad because they can’t be cured inside the country.

However, he added, the closure of Sana’a airport have made it impossible for them to leave the country.

Sana’a airport should be opened immediately and each day of delay is going to lead to the death of 325 patients all over Yemen’s provinces.

By not letting the patients leave Yemen, Saudi Arabia is targeting the sick and is causing their death, a report by the official Yemeni news agency (Saba) said.

The delay in arrival of humanitarian aid to Sana’a airport has also made it more difficult to fight infectious diseases, like cholera, in the country, which is caused by Saudi Arabia’s mismanagement of the airport, Al-Kahlani added.

He further called on the international community to open Sana’a airport as soon as possible, because the 30 million Yemeni citizens are deprived of their travel rights through the capital airport.

This is an unprecedented and historic crime, he noted.