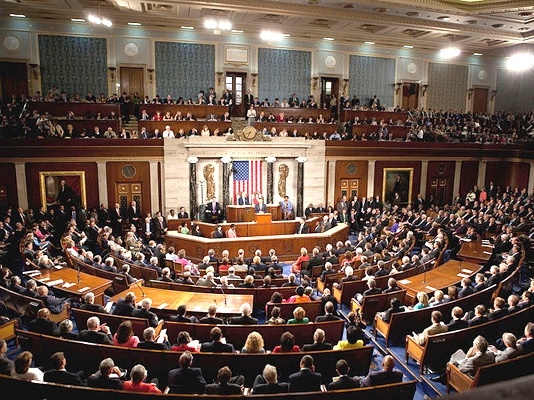 An Iranian lawmaker says only Zionist lobbies in the US have the authority to work on irrational plans for invasion of other countries and indirectly submit them to the US Congress to be passed into law.

According to a Farsi report by ICANA, Jalil Rahimi Jahan-Abadi, an Iranian parliamentarian, says the US Congress’ plan to authorize US President Donald Trump to carry out a military attack on Iran has been devised by the Zionist lobby.

Commenting on the plan giving Trump full authority to launch a military invasion of Iran in case of perceiving the country’s nuclear energy program as a threat to his country, he noted that the Zionist lobby is behind this plot which is aimed at spreading and promoting Iranophobia across the world.

Referring to the fact that currently governments view nuclear weapons as a deterrent factor, Rahimi said the US is still being criticized by the international community for the atomic bombings of the Japanese cities of Hiroshima and Nagasaki — on August 6 and 9, 1945, respectively — and is answering questions in this regard.

“The country has accumulated enough wisdom not to obey the Zionist regime’s decision against Iran imprudently. In addition, the international law, public opinion and the US structural condition do not permit the Trump administration to go ahead with this plan.”

He said the US Congress knows very well that in case Trump has absolute authority to declare war on a country or take military actions without specific congressional authorization, he will certainly, in some cases, lose his control and make irrational decisions.

Rahimi concluded that even the US Congress would not favour such a decision lest the Zionist regime should take full control of the country.