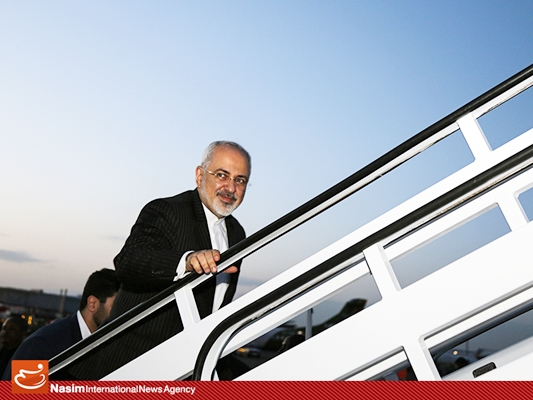 He is going to discuss Tehran’s bilateral ties with these countries after the implementation of the nuclear deal between Tehran and world powers.

“Because of the long distance, Zarif will have a one-day stay in each of these countries,” Takht-Ravanchi noted.

“This is Zarif’s first visit to Latin America under President Hassan Rouhani’s government. I had earlier visited the region, and closely witnessed their interest in working with Iran,” he went on to say.

“In spite of the long distance between Iran and South America, the continent is of great importance to Iran, and the grounds for cooperation with these countries are very diverse and abundant.”

Zarif will be accompanied by a 60-strong economic delegation including Iranian businessmen working in different fields.

The Latin American tour was slated for mid-May, but it was postponed due to the domestic developments in one of the destinations.

Takht-Ravanchi stressed that there is no major barrier to the promotion of ties with Latin American countries, particularly in economic issues.

He stressed that there is no negative mentality for cooperation with these countries.

“Our enemies might have portrayed a negative image of the Islamic Republic in this region, like other parts of the world; however, these countries [South American states] have witnessed that working with Iran has been positive for them,” Takht-Ravanchi said.

“The capacities for enhancement of relations have yet to be tapped, and we believe that great work can be done in line with the two sides’ interests,” he noted.

The Iranian diplomat referred to Iran’s engineering and technical services as one of the major items that can be exported to these countries.

“Iran has already started exporting its engineering and technical services, but there are wider grounds for cooperation in this field,” he said, adding that such services have been widely welcomed by some of these countries, including Venezuela.

“In addition to bilateral meetings with these countries’ high-ranking officials, economic seminars are due to be held with the attendance of Iranian and Latin American private sectors.

“The tour of Latin America is a great opportunity for expansion of Tehran’s ties with these countries in different fields, especially in economy,” he added.