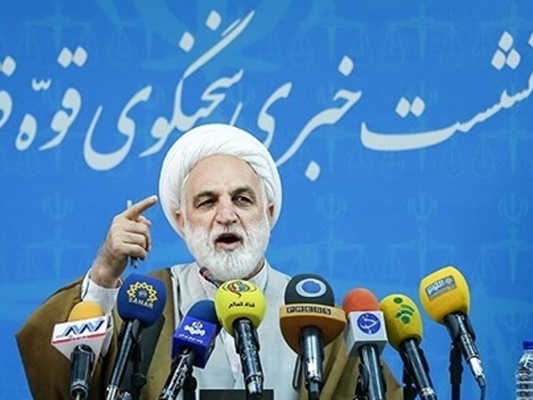 Spokesman for the Iranian Judiciary Gholam-Hossein Mohseni Ejei announced on Sunday, June 19, that the case of dual Iranian-British citizen, Nazanin Zaghari-Ratcliffe, is a security case being investigated in the capital city of Tehran.

Speaking in his weekly press conference, Mohseni Ejei noted that he is not allowed to provide details on Zaghari-Ratcliffe’s case, but her case is of a security type, and its investigation is being conducted in Tehran.

“The case is in its preliminary investigations phase,” he noted, as reported by ISNA and translated by IFP.

“One of the important issues for the Judiciary is to confront those who have made or are making inroads into the country,” Mohseni Ejei said, adding that preemptive measures and confrontation are very important in such cases.

The Islamic Revolution Guards Corps (IRGC) base in Iran’s southern province of Kerman confirmed on Wednesday, June 15, that its intelligence department had arrested Zaghari-Ratcliffe back on April 3.

In a statement, the IRGC provincial base said Zaghari-Ratcliffe was arrested at Tehran’s Imam Khomeini International Airport by the IRGC intelligence forces and taken to the city of Kerman.

The statement described her as “A main ringleader of institutes affiliated with foreign intelligence agencies” and an employee of “foreign media and intelligence services”.

According to the IRGC statement, she had been “involved in planning and performing media and cyber projects with the purpose of the “soft overthrow” of the Islamic Republic Establishment.”