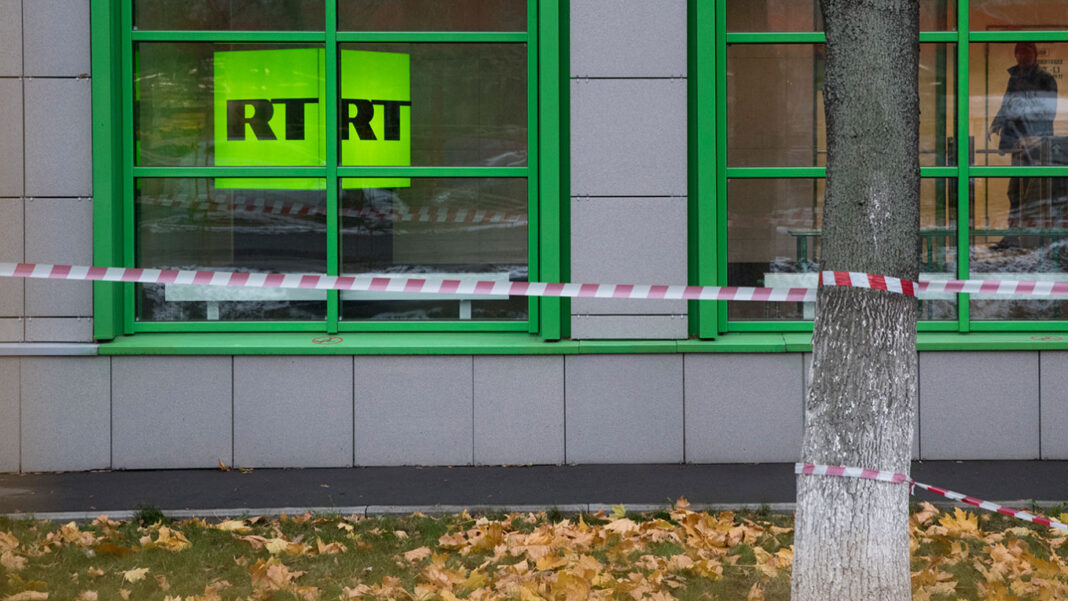 YouTube has blocked two of RT's German-language channels with millions of viewers. Russian officials have warned the video streaming of tit-for-tat measures.

“Considering the nature of the incident, which is fully in line with the logic of the information warfare unleashed against Russia, taking retaliatory symmetrical measures against the German media in Russia would seem not just an appropriate, but also a necessary thing to do, especially taking into account that [the German media] were caught interfering into our country’s domestic affairs on several occasions in the past,” the ministry said in a statement on Tuesday.

“Considering that multiple requests for returning to compliance with international obligations to protect media freedoms and the freedom of speech were ignored by the German side, we view such measures as the only possible way to encourage our partners to engage in a constructive and meaningful dialogue about this unacceptable situation,” it added.

“Having considered an RT request for protection against discrimination, it was resolved to file a request to relevant agencies of the Russian Federation with a proposal to draft and enforce retaliatory measures against YouTube and the German media,” the statement continues.

The ministry described the move as an “act of unprecedented informational aggression” by the YouTube video hosting platform, committed with connivance or even at the behest of the German authorities.

“The goal of this aggression against the Russian media holding’s projects is evident: to silence information sources that go beyond the media agenda that German officials find convenient,” it said.

“Accounts of two media operators of the RT Group – RT DE and Der Fehlende Part – have been removed without the possibility of being restored. The internet giant’s attempt to link such outrageous actions with some abstract ‘violations of the community’s internal rules’ in a bid to justify this evident act of censorship and suppression of the freedom of expression cannot be scrutinized and will not be scrutinized,” the ministry added.

“There can be no doubts that such unlawful actions against a media project, ranked fourth in the “News and Politics” subsection of the German-language media popularity rating, were taken by YouTube with open and covert support of the German authorities and local media,” the statement says.

According to the document, the German government and media engaged in “perennial bullying” of correspondents of Russian broadcasters, including “blocking of bank accounts, public slander and so forth”.

The Russian Foreign Ministry stressed that as a result of YouTube’s actions, about 700,000 subscribers of the above-mentioned projects lost the opportunity to receive information from the source of their choice.

The Federal Service for Supervision of Communications, Information Technology and Mass Media (Roskomnadzor) sent a letter to Google, demanding to remove all restrictions from RT DE and DFP channels and explain the reasons for their imposition, according to the agency’s press office.

“There are clear signs that the laws of the Russian Federation have been violated. They have been violated very rudely, because, of course, this is related to censorship, with obstruction of the dissemination of information by the media, and so on,” he added.