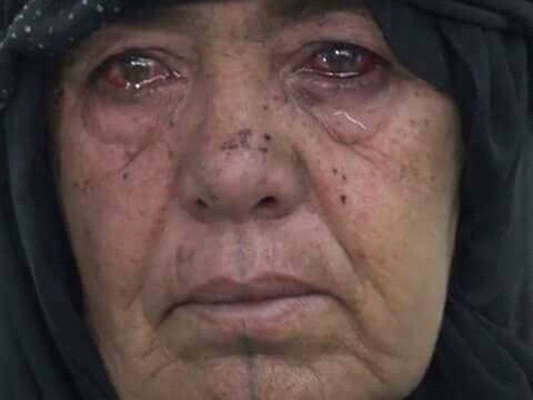 The airstrikes of the Saudi-led coalition have killed an elderly Yemeni woman’s five children in the ongoing war against the poor Arab nation.

According to a Farsi report by Al-Alam, Yemeni media published a moving photo of an aging woman who lost her five children during the bombardment of Sirwah, Ma’rib, by the Saudi-led coalition’s aircraft on the first day of 2017.

Coming from a very poor family, her children made a living out of collecting firewood.

The photo shows how she is in distress after the loss of her husband and children.

Media reports have condemned Saudi Arabia for the slaughter of Yemeni people at the beginning of New Year.