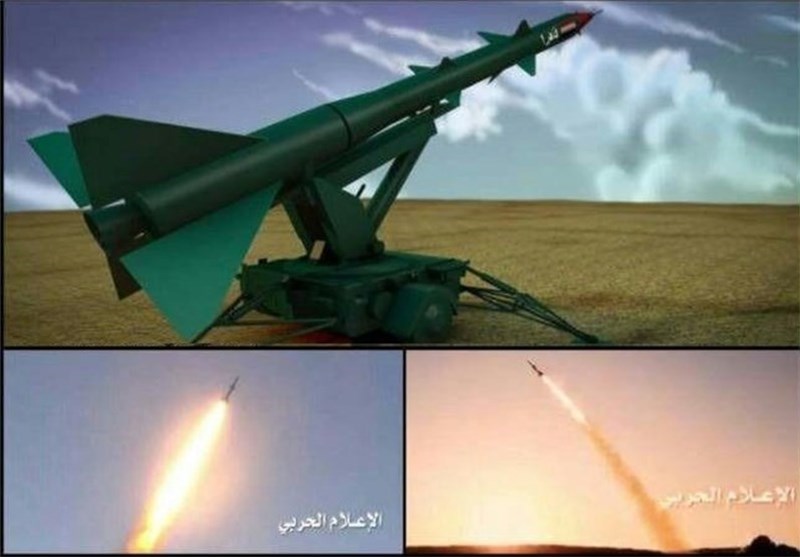 The Yemeni Army fired a ballistic missile at Saudi targets in retaliation for continued heavy bombing and massacre of civilians by the Saudi-led coalition in the Arabian Peninsula country.

The Yemeni forces fired the missile dubbed “Qaher-1” at a gathering of the Saudi-led forces in Bir al-Maraziq in Jawf Province in northwestern Yemen, the Arabic-language Al-Ahed news website reported.

There were no immediate reports of possible casualties and the extent of damage, the report added.

This is while, Saudi warplanes continued airstrikes on various districts of Yemen on Thursday. Two Yemenis lost their lives in the strikes on the southwestern province of Taiz and three were killed in the northern province of Sa’ada.

Qaher-1, which has a range of 500 kilometers, was first fired by the Yemeni Army at the Khaled bin Abdulaziz military base in Saudi Arabia’s southwestern city of Khamis Mushait, located 884 kilometers (549 miles) southwest of the capital, Riyadh.

The military innovation came after Ansarullah forces realized that the S-75 missiles cannot be efficiently utilized for targeting the advanced military warplanes belonging to a Saudi-led military coalition, which have been pounding Yemen for about a year.