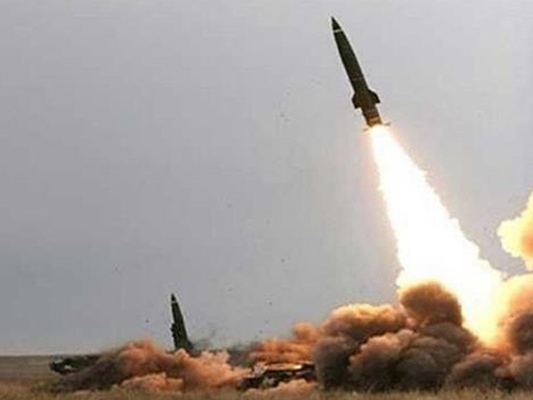 Yemen’s Ansarullah movement says it has developed a new type of missile which could change the trend of war in the future.

A senior media official of the Yemeni Ansarullah movement has underlined that the key to settling the crisis gripping the country is in the hands of the coalition of countries which has launched aggression against Yemen and has destroyed all available mechanisms for talks.

Abdolquds al-Shahari also criticized the role of former UN envoy to Yemen Ismail Ould Sheikh Ahmad, saying he was more like a representative of the Saudi-led coalition rather than an impartial person, reported the Persian-language Fars News Agency.

Fars also quoted al-Shahari as telling Sputnik that he is optimistic about changes in Yemen, given the UN choosing a new pointman on Yemen as well as signs that fresh talks are going to kick off in Oman.

He underscored that big countries have differences and disputes over the Yemen crisis, but seek to work out solutions to the crisis in such a way that their interests are not affected. However, he added, the solution to the crisis should be an intra-Yemeni one which is not swayed by regional and foreign pressure.

Al-Shahari also spoke of a new type of missile which, he added, will probably change the military trend of war in the future phase.

He underlined that Ansarullah is a peace dove and has given numerous concessions to help work out a solution to the Yemen crisis. Nevertheless, he added, major countries in the region and in the world do not see eye to eye on the crisis and seek to agree upon solutions that would not impact on their interests.

The Ansarullah movement targeted the Yamamah Palace in Riyadh recently with a ballistic missile, marking the 1000th day since Saudi Arabia launched its aggression on Yemen.

The missile was fired at a time when Saudi officials were at a meeting in the west of Riyadh. The firing of the projectile had a message: More than 1000 days on since the start of the Saudi attacks, Ansarullah is now capable of precisely identifying and striking Saudi targets.

After US media carried reports on Yemen’s missile power and claimed that the fired missile had been Iranian-made, some analysts warned that if the Yemenis have managed to develop missiles with a range of more than 1,300 kilometers, that means they have not only managed to modernize their old missiles, but produced new ones as well. So, it can be concluded that they have enough missiles in their depots to be able to strike future targets. A statement released by the Yemen arm makes the threat that Saudi economic and oil centers will be the next targets.