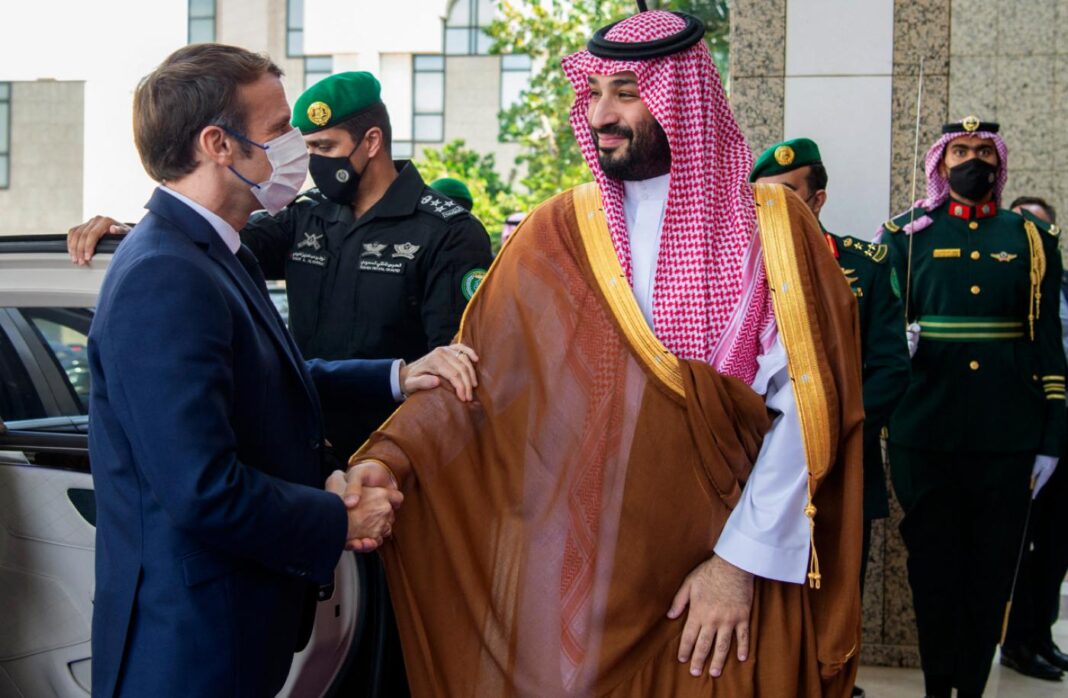 A senior Yemeni official has lambasted Paris over quote its collaboration with Saudi Arabia in the devastating war on Yemen. The comments are made as French President Emmanuel Macron is visiting Persian Gulf Arab countries signing lucrative arms deals.

Mohammed Ali al-Houthi, chairman of the Supreme Revolutionary Committee of Yemen, made the criticism in a post on his Twitter account early Saturday, a day after several people were killed and several others injured in Saudi airstrikes on a residential area in Yemen’s southwestern Ta’izz Province.

He made the remarks as Macron started an official two-day tour of the United Arab Emirates (UAE), Qatar and Saudi Arabia on Friday.

“We condemn the move by the French president, who – through his trip to Saudi Arabia – caused the killing of civilians and children in Ta’izz’s Muqbana district,” Houthi stated.

“We remind him that his requests to European countries to continue selling arms to the aggressor Saudi coalition, in which he also participates, amount to war crimes in Yemen,” he added.

The UAE ordered 80 Rafale fighter jets and 12 military helicopters from France as part of the $19 billion deal signed during Macron’s visit.

The deal was announced in a statement from the French presidency following a meeting between Macron and Abu Dhabi Crown Prince Mohammed bin Zayed Al Nahyan on the sidelines of the Dubai Expo 2020.

The French president traveled to Saudi Arabia Saturday, becoming the first major Western leader to visit the country since the murder of Saudi journalist and Washington Post columnist Jamal Khashoggi in 2018.

Macron was to meet the kingdom’s de facto ruler, Crown Prince Mohammed bin Salman who is widely believed to have ordered the murder and has moved to crush any dissent.

Khashoggi’s murder sparked international outrage that continues to reverberate. But Macron stated it was impossible to engage with the region while ignoring Saudi Arabia.

“Who can think for one second that we can help Lebanon and preserve peace and stability in the Middle East if we say: ‘We’re not going to speak to Saudi Arabia, the most populated and most powerful country in the Persian Gulf’?” he said to reporters in Dubai, the first stop of his tour.

“It doesn’t mean that I endorse anything, that I’ve forgotten, that we’re not demanding partners,” he noted, adding that he was acting “for our country and in the interests of the region”.

“Whatever strategic interest France has in Saudi Arabia, nothing can justify their legitimization of a ruler who kills journalists, threatens activists, imprisons women human rights defenders, slaughters Yemeni civilians, and deceives the international community. Macron diminishes himself and his own country as he stoops to partnership with MBS,” stated Agnes Callamard, a French national who serves as Amnesty International’s secretary general.

Saudi Arabia launched the devastating war on its southern neighbor in March 2015 in collaboration with a number of its allied states such as the UAE and with arms and logistics support from the US and several other Western countries.

The aim was to return to power a Riyadh-backed former regime and crush the popular Ansarullah movement, which has been effectively running state affairs in the absence of an effective government in Yemen.

The offensive has failed to achieve its goals, but pushed Yemen to the brink, killed hundreds of thousands of innocent people and destroyed the impoverished country’s infrastructure.