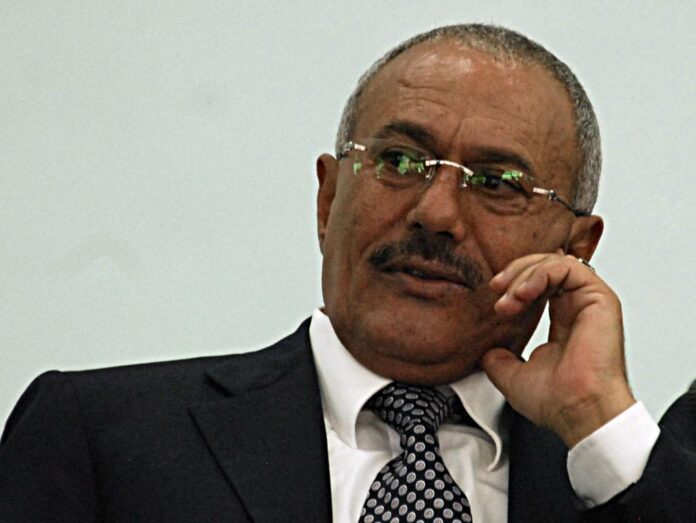 Former Yemeni President Ali Abdullah Saleh has called on Egypt to immediately leave a Saudi-led coalition that has been launching airstrikes against the innocent people of Yemen in the past couple of years.

“The equations in the region have changed,” Saleh said in remarks made on the anniversary of the country’s Independence Day.

“I want Cairo to leave this coalition,” he said, urging Arab member states of the Saudi-led coalition, particularly Egypt, to immediately withdraw from the coalition.

He further noted that there is no conflict between Yemenis and the Arab states of the Persian Gulf. “We will hold talks with our brothers in Saudi Arabia about the Yemen war and will end the conflict.”

However, he added, the problem is the Yemeni officials who escape from Sana’a to Aden and from Aden to Saudi Arabia.

“They will finally escape Saudi Arabia because it is impossible that they would return to their homeland,” he added, apparently alluding to fugitive ex-president of Yemen Mansour Hadi.

Iran Has No Military Presence in Yemen

He also dismissed media reports about Iran’s military presence in Yemen and its role in development of Yemeni missiles.

“A missile fired from Sana’a hit Riyadh and the enemy claimed that the missile was Iranian while Iran is not present in Yemen,” Saleh was quoted as saying by the Arabic website of Sputnik on Wednesday.

He once more called on Iran to join a coalition with Yemen to confront the Saudi-led coalition which has waged the devastating and bloody war against Yemen.

While Saudi Arabia and its allies claim that Iran is arming the Houthi Ansarullah movement in Yemen, UN observers say Riyadh lacks enough evidence to prove its claim.

UN observers have, in a confidential report parts of which have leaked out, stressed that the Saudi-led coalition which is launching attacks on Yemen and has imposed a blockade on the country is threatening peace, security and stability in Yemen.

The coalition announced on November 6 that it would block all land, sea and air crossing points in order to keep Iran from sending weapons to Yemen. A few days ago, however, it was forced to open Sana’a airport under strong international pressure.