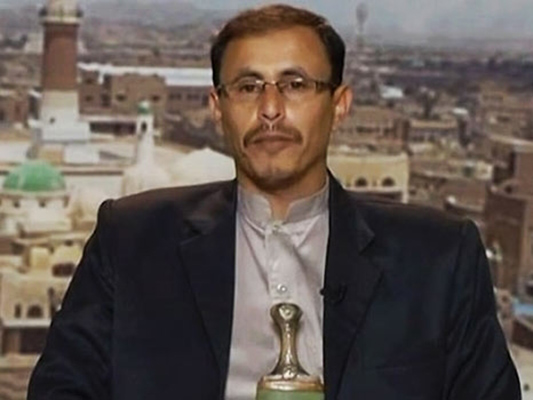 A high-ranking official with Yemen’s Ansarullah movement says the missile fired by Yemenis at Abu Dhabi was a response to the UAE’s efforts to destroy Yemen’s internal front.

Zeifollah Al-Shami, a member of Ansarullah’s Political Office, said the missile which the movement fired earlier on Sunday at the nuclear reactor in Abu Dhabi was a retaliatory effort against the UAE’s efforts to make division in the internal front of Yemen.

In an interview with Al Alam News Network, Al-Shami who is also a member of the High Political Council of Yemen said the Yemeni forces have missiles which are capable of targeting the enemy states’ capitals.

“The firing of the missile at Abu Dhabi reveals that enemies’ threats against Yemen have been futile,” he noted.

Al-Shami stressed with the firing of the winged cruise missile “we say that we are fully aware who are hatching conspiracy against us.”

This is the first time that Yemeni forces have fired a winged cruise missile with 1,200-km range.

However, it is the second time this year that Ansarullah Movement has fired missiles toward the UAE. A few months ago they said they had “successfully” test fired a missile at Abu Dhabi.