Yanni weighs in on his probable visit to Iran 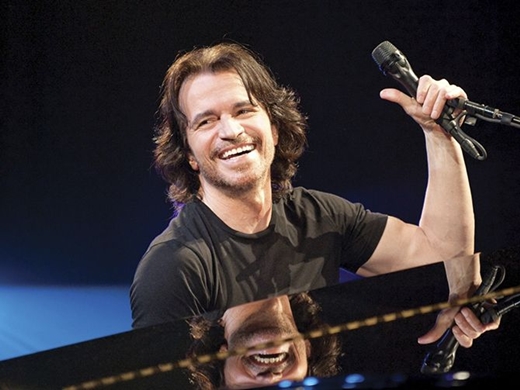 I love to stage a concert in Iran and get first-hand knowledge about its culture and people, said the internationally-known composer.

Yiannis Chryssomallis, known as Yanni, is a Greek pianist, keyboardist and composer. On January 27 Sharq daily published an interview with the well-known composer in which he said, “I sincerely hope I have a chance to visit Iran.” What comes next is a partial translation of the Q and A:

To many Iranians, your name is synonymous with your concert at the Acropolis in Greece where you took the stage as Shahrdad Rouhani [a world-renowned Iranian musician] conducted. What was your cooperation with him like?

To me, Shahrdad is a noble and remarkable artist I have had the privilege to work with. I have always appreciated working with him at the Acropolis concert in 1993. Shahrdad was a distinguished member of the team and played an important role in rendering the concert spectacularly successful.

By and large, how much do you know about Iran, its history, artists and musicians?

The Iranian culture and history was part of my school curriculum in Greece. I have never been to Iran, but I hope I can visit the country soon. One of my greatest wishes is travelling and learning more about cultures and nations.

What are your thoughts about the people who listen to your music, especially those in the Eastern countries?

I am honored that people listen to my music. That my music is said to have had an impact on lives of people is a source of honor. In fact, any time there is a mention of people living in the East, I feel there is a close relationship between me and them, particularly those of the Middle East and Iran.

Aside from cooperation with Shahrdad Rouhani, have you ever considered working with other Iranian musicians?

My main cooperation has been with Shahrdad Rouhani. We had close cooperation at the Acropolis concert and since then we have maintained our contact. I am willing to acquire similar experience with other Iranian musicians.

Over the past few years, we have kept hearing that you are going to hold a concert in Iran. Why have they been called off?

I love to stage a concert in Iran and get first-hand knowledge about its culture and people. There have been reports about an imminent concert in Iran over the past few years, yet none has ever materialized.

Will you have a concert in Iran in the near future?

I sincerely hope that I get a chance to visit Iran and hold a concert there. The fulfillment of this objective requires planning, and mutual cooperation from different groups. I really hope I will have a concert in Iran at the proper time under good conditions.

You have a lot of fans in Iran. What do you want to tell them?

Iranians understand me and there is a good emotional bond between us. I have a lot of fans in Iran whom I have met during my tours around the world. I appreciate their support and emotions and hope that the day will come when I can have a concert in Iran and meet them in person.