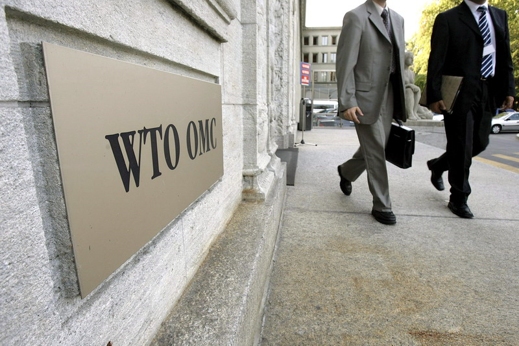 A deputy minister of industries, mines and trade has said that if Iran fails to get the WTO membership, it will definitely face multiple challenges down the line.

The head of the Trade Promotion Organization (TPO) says that the first thing Iran should do after the Joint Comprehensive Plan of Action is to join the World Trade Organization (WTO). If not, he stresses, Iran will face multiple trade challenges down the line.

Valiollah Afkhamirad made the comment in a press conference which focused on Iran’s National Exports Day (October 21) and further said that his agency is pursuing efforts to review the Preferential Trade Agreement (PTA). He expressed hope the country can build on the support of the Foreign Ministry and other related bodies to change its observer status at WTO to an official member of the world body.

SMT, an Iranian daily, on October 14 published a report on what Iran’s trade chief said in the news conference about measures his organization has taken to streamline trade in the country, especially during the first half of the Iranian year (March 21- September 22). The following is the translation of part of that report:

Afkhamirad said that Iran is the world’s only big economy which is not a WTO member, adding that WTO membership carries much weight and that a special department – the Office for WTO Entry – has been set up at the TPO. He also said that worthwhile measures have been taken so far to clear the way for Iran to get accession to the WTO.

A rise in technical engineering services

The TPO director, who is also a deputy minister of industries, mines and trade, said as far as technical engineering services are concerned Iran had good conditions in the first half of the year, adding that statistics show a 40-plus percent increase in the deals registered for such services in the five months to August 23.

Petrochemical products are the staple of Iran’s exports, he said, adding that other products such as iron and steel, minerals and chemical fertilizers, pistachios, and cement are among the country’s top ten export items.

The TPO chief went on to say that different trade and economic teams [from other countries] have come in recent days to Iran – either as part of official or unofficial delegations – to talk business with Iranian tradesmen and industrialists. He added that these teams are reviewing and evaluating investment and partnership opportunities and are seeking to establish cooperation with Iran once the Joint Comprehensive Plan of Action is finalized and the unjust sanctions against the country are lifted.

The deputy industry minister also said that during the past six months the Austrian delegation was the biggest team which visited Iran, adding that the Austrian president was accompanied by 250 economic players during his Tehran trip. He said that Iran also hosted small teams of four to five businesspeople.

In the March-September period last year, Iran sent five teams (comprising 90 people) to five countries and hosted six delegations from as many countries (88 people in total), he said.

In the same period this year, the country sent five teams (98 people) to four countries and welcomed 29 delegations from 14 countries (540 people), he added.

Afkhamirad said that more than 1,400 people have traveled to Iran as representatives of large Asian and European companies. In the latest such visit, representatives of 30 big Japanese companies came along with the country’s foreign minister to Tehran and met with officials with Iran’s ministry of industries, mines and trade and discussed [bilateral] cooperation in the post-sanctions era.

Iran’s businesspeople are not in good economic conditions because sanctions have yet to be terminated, he said, adding that banking sanctions which are the most painful embargoes are still in place.

“To add insult to injury, I should say production costs have gone up in the country and the cost of goods sold (COGS) Iranian businessmen should pay for sending their products to target export markets is higher than what their counterparts pay in other countries,” the TPO chief said.

He then said that despite these challenges, the wheels of industrial units in the country are still turning, and expressed hope that the conditions in the country will improve by the day. 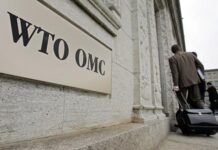