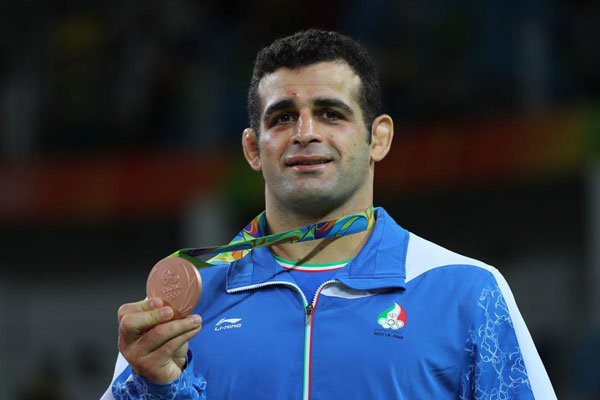 The Iranian wrestler, who was a hopeful for gold medal, managed to win the medal after defeating Swedish rival in Brazil.

The gold medalist of 2012 London Games, Rezaei had already won one silver and two bronze medals in the international championships.

Rezaei’s bronze medal brought the fourth medal to the Iranian squad after weightlifting champions Kiyanoush Rostami and Sohrab Moradi’s gold medals and a bronze which was grabbed by Saeid Abdevali in Greco-Roman wrestling.

The opening ceremony of the 31st round of the Olympics Games started in Rio, Brazil on Aug 6.

Iran competes in the Games with 64 athletes of whom 9 are women.