Women’s Hair in Kashmir Being Chopped Off during Sleep 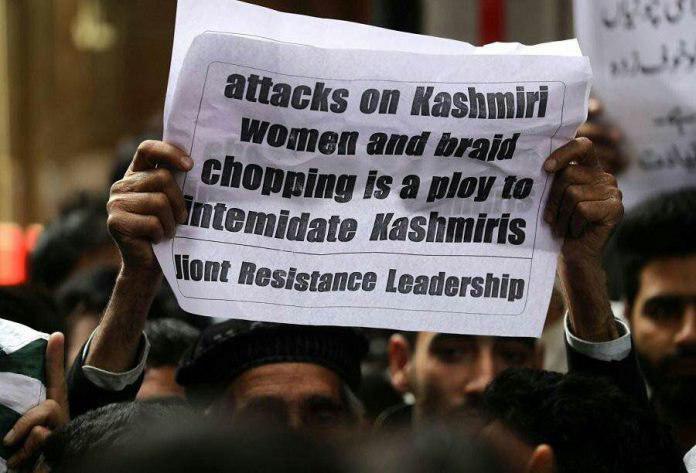 Reports say women’s hairs are being forcibly cutduring sleep in distant areas of Indian-administered Kashmir and this has terrified local women.

In recent weeks, about one hundred Kashmiri women with long hair said they have been attacked by unidentified people who havechopped off their hair.

Entekhabnews website in a Farsi report said that these women claim the crime is being committed by “braid choppers”, but do not provide further information.

No one has yet claimedseeing the “braid choppers”, and the identity and motives of the culprits is not clear yet.

Women targeted have not formally complained to the police, probably because Muslim women are reluctant to talk to strangers about such issues. However, local police say they are doing their best to address the issue, because the continuation of the situation disrupts the daily lives of people.

Some vigilante groups have been formed in response to the attacks and protest rallies held across Kashmir against the government’s “failure” to track down and apprehend the culprits.