Why so many street brawls? 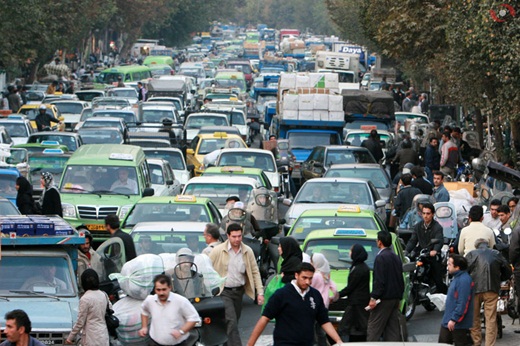 In an analysis, a university professor has taken a look at violence and street brawls in big cities in the country.

The number of street brawls reported across the country in the 11 months to February 21, 2015 registered a 2.2 percent drop. But figures released by authorities in the capital for the same period spoke of a 3.1 percent hike in the number of altercations.

During the period in question, more than 550 thousand brawls were registered by forensic officials across Iran, almost 18 percent of the total figure in Tehran.

In an analysis published by Arman-e Emrooz daily on April 8, Anahita Khodabakhshi Kulaei, a university professor, has taken a look at violence and street brawls in big cities. The following is a partial translation of the piece:

There are social and individual aspects to anger management and prevention of street brawls.

On the social front, naturally when people enjoy welfare, they feel less stressed and display more flexibility and tolerance. For instance, one of the most common public quarrels in Iran pits cab drivers against passengers over hikes in taxi fares. Such wrangling has its roots in financial issues.

However, we should not pin all the blame on economic problems; rather, we should invest in social and cultural solutions in the long run as well.

Life in megacities stokes individualism which in turn prompts citizens to think to be in the right all the time and show less flexibility in dealing with others.

If in Iran like many other countries courses on anger management become compulsory, people learn about esprit de corps and civic duties and respect them; consequently, such problems will be gradually fixed.

The stage must be set to promote patience and respect for other people’s rights as a value and institutionalize order in society.

There are larger and more populous metropolises than Tehran in the world where no such brawls break out. For example, in Tokyo, order has been internalized in individuals and everyone is automatically respectful of other people’s rights.

Another emerging problem is the growing involvement of women in public run-ins. The bigger presence of women in society might be the reason behind this problem, because more contribution of women to social affairs inevitably exposes them to more harm.