What happened in Mahabad was a personal issue: Interior minister 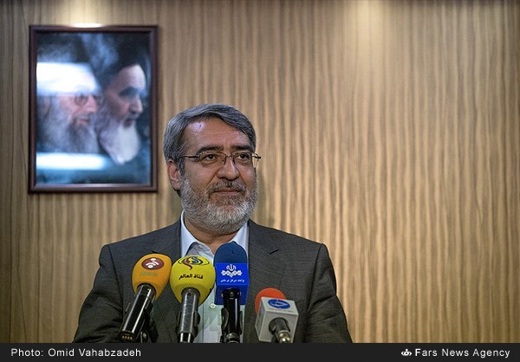 Opportunist media tried to turn a personal issue into a political question by resorting to fabrications, said Rahmani Fazli.

Replacing some executive officials is a matter that every government might deal with, but the Interior Ministry has not had and does not have any plan at present to do so, Interior Minister Abdolreza Rahmani Fazli was quoted by Entekhab, a news website, as telling reporters on Monday.

Speaking on the sidelines of a gathering which brought together provincial governors from across the country, the interior chief also said his ministry and the president might decide to change some state executives in the weeks and months ahead.

On the suspicious death of a young woman in Mahabad in West Azerbaijan Province, he said, “What happened in Mahabad was a personal issue. In fact the deceased had an affair with the suspect, who was her suitor. Fearing that her family might learn about their relationship, she tried to leave the hotel with the help of a colleague. Unfortunately, however, she fell to the ground from the third floor and lost her life.”

He added, “Opportunist media tried to turn the personal issue into a political question by resorting to fabrications, claiming that a member of security forces tried to sexually assault her and that the woman jumped off the hotel window to her death to escape rape.”

The interior chief said the suspect is not a member of security forces, rather he is a specialist that often visited the hotel to help its personnel.

Rahmani Fazli went on to say, “The incident turned into a social problem thanks to the media which incited the public, particularly the youth in Mahabad. As a result, a large crowd thronged outside the hotel, shattered its windows and torched part of the facility.”

The interior minister further said, “Unfortunately, 21 police forces suffered injuries when protesters threw stones at them. Police invited demonstrators to stay calm and I extend my gratitude to police [for their restraint].”

Earlier, Seyyed Ebrahim Raeisi, the prosecutor general, said that those behind the unrest in the city would be punished.