What Does Israel Want in Iraq? 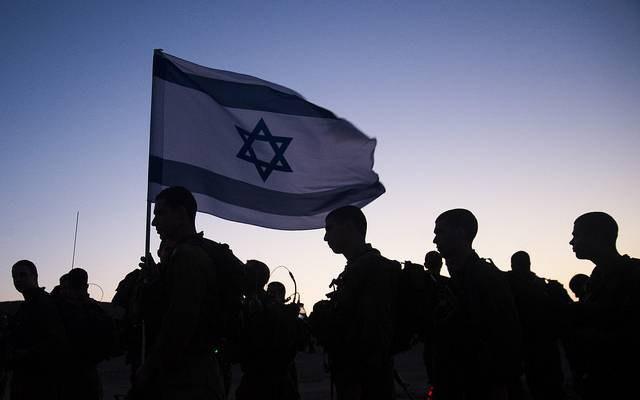 An Iranian political analyst has enumerated the reasons behind the Israeli regime’s willingness to get closer to Iraq, saying Tel Aviv’s main objective is to cut off Iran’s links with the axis of anti-Israel nations in the Middle East.

The following in an article by Abdolrahman Fathollahi, written exclusively for the Iran Front Page website:

Only 10 days after an Israeli attack on the Hashd al-Shaabi’s base in Amerli in the Saladin province of Iraq, media reports indicate that Tel Aviv has once again launched an attack, this time on “Abu Muntazir al-Mohammadawi” base, formerly known as Camp Ashraf, located in Diyali province north of Baghdad. However, Hashd al-Shaabi commander, Talib al-Mousawi, has dismissed the reports of such an attack, drawing a link between the attempts to prompt speculation about the issue and the Hashd al-Shaabi’s move to detonate and dismantle the remaining weapons of war inside Camp Ashraf. Moreover, news reports show that an investigation committee formed to probe into the Amerli incident has concluded that there has been no attack. On the other hand, it seems that a visit by Maryam Rajavi, leader of the MKO terrorist group, and the launch of the recent attack was not a coincidence. Above all, the MKO’s perfect familiarity with the region after 30 years of presence there could have been taken advantage of by Israel for carrying out the attack.

Furthermore, according to the estimates provided by a number of Iraqi security and intelligence officials, the July 19 attack has involved the launch of three “Harop” loitering munitions from F-16 fighter jets. Since Israel is the only actor in the Middle East in possession of such weapons, it seems that Tel Aviv has perpetrated the strike against that base in Amerli of Saladin province.

In addition, what has become apparent is that the actual developments taking place in the Middle East, particularly at the Strait of Hormuz and the Persian Gulf, have resulted in an escalation of tensions. The path initiated by Trump’s withdrawal from the JCPOA and the re-imposition of sanctions was also affected by a security approach later; meanwhile, the deployment and presence of warships from the European and Southeast Asian countries could add to the security atmosphere in the region.

In the wake of these developments, one of the focal centers of the White House’s attempts to mount pressures on Tehran will be definitely Iraq, a country and actor with which Iran has established the highest degree of economic, political, diplomatic, military and security cooperation. The two nations have also strong cultural and religious commonalities.

Specifically mindful of this fact, Washington is seeking to turn Iraq into its trump card in the pressure campaign.

While the US has imposed economic sanctions and has also put its forces in Iraq at a high level of alert –citing concerns about some military and security developments in the wake of a possible skirmish with the military forces allegedly affiliated with Iran, Hashd al-Shaabi in particular– the ground has been prepared for Israel to look for a role in Iraq in order to exert an influence over Iraq’s ties with Syria and over the ongoing developments in the war-hit country on the one hand and, on the other, to overshadow Tehran-Baghdad relations in the current delicate situation.

In this regard, the news reports that Israeli intelligence agents had patrolled and scouted around downtown Baghdad with American military forces in 2018 and early 2019 certainly reveal that Tel Aviv had been seeking a metamorphosis of Iraq in relation to the regional developments for the pivotal purpose of improving the West Asia’s view of Israel, amid the period of heightened tensions between Tehran and Washington in the wake of Trump’s withdrawal from the JCPOA.

Israelis’ reasoning is that Iraq is the main bridge linking Iran to Syria, and then to Lebanon, Palestine and the occupied territories, so they believe that if Iraq’s role and position in such axis diminishes for any reason, it will definitely affect Tehran’s connection with those regions, and will therefore decrease Iran’s activities and role-playing along the border of Israel. All these facts have now made Iraq into a country with special significance for Israelis, especially after a series of anti-Israeli armed forces rose to power, like Hashd al-Shaabi which, after the defeat of ISIS, has turned into an influential actor in Iraq’s security, intelligence, military and even political-diplomatic interaction with Syria, Lebanon and Iran in the course of strengthening the anti-Israeli axis in the Middle East.

Israel’s concerns about the role of such Iraqi forces reached the highest degree in October 2018, when reports came out that a number of short-range ballistic missiles had been transferred from Iran to Iraq and to its western border regions near Jordan. As a result, it was already predictable that Israel’s focus on Iran’s presence and activities in Iraq on various pretexts would pave the way for the Israelis to launch attacks on Iranian-sponsored forces in Iraq.

Besides, Israel is pursuing a step-by-step plan for Iraq apart from those attacks. Tel Aviv is trying to force Iraq into a situation that would encourage it to seek normalization of ties with Israel, like a number of Persian Gulf littoral Arab states. Some cases of the Israeli ploy include a recent visit to Israel by Nobel Peace Prize 2019 laureate, Nadia Murad, and by Lamiya Aji Bashar, winner of 2016 Sakharov Prize, with a 15-strong delegation. Nadia Murad had already visited Israel back in July 2017. The other clues include the comments by Iraq’s Ambassador to Washington Fareed Yasseen a few weeks ago on the possibility of normalization of Iraq’s relations with Israel, as well as the last year’s trips to Israel by three Iraqi delegations comprised of Sunni and Shi’ite figures.

For the second step, Tel Aviv is trying to change the policies of Baghdad towards the ongoing developments in Syria, the military and security cooperation between Baghdad and Damascus along the common border, and above all towards the broad interaction between Iran and Iraq in all areas, in an attempt to exclude Iraq from the anti-Israeli axis in the region.

Nonetheless, the Iraqi political leaders, including Sayyid Ammar al-Hakim, Prime Minster Adil Abdul-Mahdi, Head of the Badr Organization Hadi Al-Amiri, national security adviser Falih Al-Fayyadh, President Barham Salih, and many others emphasize the necessity for Iraq to stay away from any foreign or regional tension, and even stress the need for Iraq’s role in reducing the tensions.