Wealthy Arabs have made inroads into Malaysia 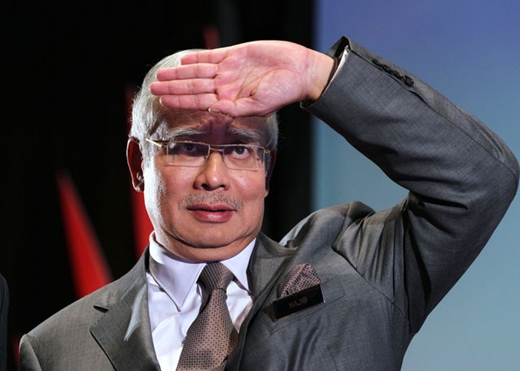 An IRNA report has said that wealthy Arabs use their money to make inroads to the Malaysian government and influence its regional policies.

The fund, whose advisory board is chaired by Najib, is looking to pare down $11 billion in debts. Najib has said that the government has a plan to reduce 1MDB’s debt, but needs six months. The Islamic Republic News Agency (IRNA) on August 24 published a report on the infiltration of wealthy Arabs into Malaysia. The following is the translation of part of that report:

Prime Minister Najib came under fire from politicians and some within his own party to leave office after revelations about 1MDB’s $11b budget deficit which also drew reaction from Transparency International [a non-governmental organization that monitors and publicizes corporate and political corruption in international development].

In addition to the company’s debts (around $11b), reports that the Malaysian premier has accepted a $700m gift from a Middle Eastern country have put the Malaysian government in the crosshairs.

Amid the domestic crisis which pushed the Najib administration to the brink of collapse and triggered a cabinet reshuffle and the elimination of the opposition including Deputy Prime Minister Muhyiddin Yassin, the Malaysian premier announced that the Qatari emir had voiced willingness to invest in the embattled company.

He said that if the company can produce profits in the long run, the Qatari emir is keen to invest in 1MDB.

Leaked documents have revealed that PetroSaudi International [an oil services and production company] have dictated Saudi policies – including its Yemen policies – to the Malaysian government. Najib Razak, who is allegedly working with the Saudi company, has traveled to the kingdom four times since 2010.

Following revelations that $700m has been paid into the prime minister’s personal account, Najib said the money is a gift from a Middle Eastern country. The money is said to have been given to the prime minister for the victory of [Najib’s party] the United Malays National Organization (UMNO) in general elections in 2013.

For his part, Deputy Prime Minister Ahmad Zahid Hamidi said that he has met with representatives of the Arab families who have offered Najib $700m in gift. These families have said that Malaysia is not the only country they have offered gift money to; we help many friendly and Muslim countries, he quoted the families as saying.

Analysts say Saudi Arabia is the very country which has helped Malaysia.

Now Najib is trying to bring Qatar – another oil-rich Arab country in the Persian Gulf region – to the country, saying that Qatar is seeking to help a debt-laden Malaysian company which is run under the direct supervision of the prime minister.

Arab countries on the Persian Gulf have infiltrated the Malaysian government in recent years and Malaysian officials are pursuing and executing those countries’ policies in the region and in the world.

Zairil Khir, an MP from the Democratic Action Party (DAP), has said that if the answer to the [above] question is yes, this would have a direct impact on Malaysia’s policy and amounts to the government’s compromise.

He went on to ask: Is the Malaysian government a stooge of the Arabs? Are we the proxies of the wealthy Arabs who seek to promote their own interests?