Viewpoints of Hashemi Rafsanjani on the Supreme Leader 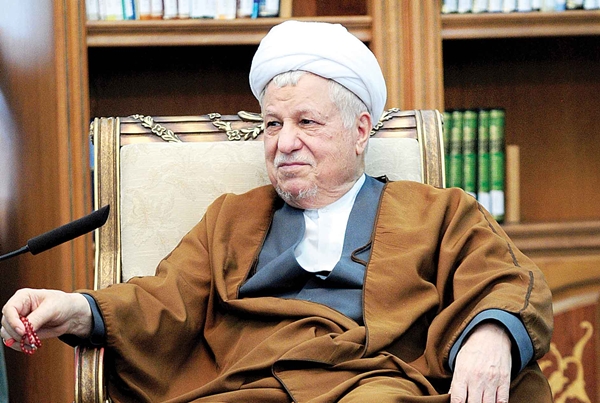 In an interview with the Arabic-language daily Al-Vefagh, Hashemi Rafsanjani has talked about his friendship with the Supreme Leader.

Chairman of the Expediency Council Ayatollah Akbar Hashemi Rafsanjani is of the opinion that there is no replacement for Ayatollah Khamenei at present and that the Supreme Leader has a pivotal role in the sustainability of the Revolution and in ensuring the security of the country.

In an interview with the Arabic-language daily Al-Vefagh, the top councilor talked about a wide range of issues, including his relationships with the Supreme Leader, Iran-Saudi Arabia ties and cross-border relations between Iran and Iraq. On July 5, Alef.ir published a Farsi version of the interview. The following is the translation of PART ONE of the interview which focuses on the Supreme Leader:

The chairman of the Expediency Council said Ayatollah Khamenei is the backbone of Iran’s management and everyone should help the Leader.

When asked about his friendly and deep relationship with the Leader, he said, “We have been friends ever since we were young. I am five years his senior. We first met when we attended a seminary course taught by Ayatollah Damad. The Leader was younger than me; later our friendship deepened and we grew close during our fight against the Pahlavi regime and even closer after the victory of the Revolution.”

The top councilor added, “We worked together on different matters, including during the war, on any question one could think of. We have maintained this relationship to this day. I along with a group of people appointed as members of the Expediency Council by the Leader prepare the macro-policies of the establishment, which are part of the Leader’s responsibility under the Constitution. He orders them implemented, if he approves of them.”

Hashemi went on to say, “That is the most important part of our job [at the Expediency Council]. We are also tasked by the Leader with overseeing the implementation of the macro policies to make sure that they are well enforced. As for other ordinary questions, we talk during the meetings that we have.”

On his good friendship with the Leader, Hashemi added, “We are so close; we like each other very much. One such example [of our deep friendship] came along when I paid a bedside visit to the Supreme Leader after his surgery. The meeting in hospital was very friendly.”