Velvet riots, a Saudi plot brewing in Beirut and Baghdad 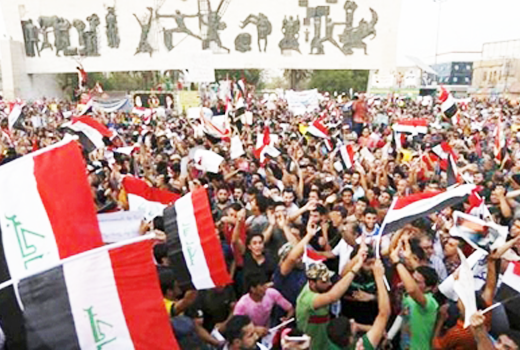 The Iranian parliament’s news agency has compared the unrest in Beirut with that of Baghdad, saying that Saudi Arabia which has been sidelined by the Iran nuclear deal has a hand in what the news agency calls “velvet riots” in the two Arab countries.

Sparks of a political firestorm over Lebanon’s garbage crisis ignited demonstrations, violence and acts of sabotage at the heart of the capital Beirut. With tension heating up in Lebanon, the bride of the Middle East, [which the Lebanese premier blames on “political trash”], plots are at work in war-hit Iraq to tarnish the image of the country’s government and religious authority [with a religious cleric who is a mercenary of Saudi Arabia at its center].

The Islamic Consultative Assembly News Agency (ICANA) on August 24 published a report on tensions in Lebanon which have stemmed from a garbage collection dispute and said a few days after Sheikh Ahmed Al-Assir [a radical Sunni cleric] was taken into police custody, unrest and street protests hit the Lebanese capital, plunging the country into yet another crisis.

The following is the translation of the report in its entirety:

Reports suggest that over the past few days the crisis over Beirut’s garbage, which was sparked in the wake of the shutdown of the city’s main landfill, has degenerated into a social dispute. Images from the protest scenes in Lebanon resemble those in Ukraine’s Velvet Revolution.

The Lebanese government, which has been mired in a political crisis, has so far failed to find a replacement for the waste collection and dumping management system in the capital. Some residents in Beirut burn garbage in the streets, and the smoke from the burning trash has filled the city.

The situation has spiraled out of control and organizers of protests against trash buildups in the streets have announced that they can no longer contain the protesters after several public administrative offices were set on fire and traffic lights were destroyed.

Riad Al Solh Square in downtown Beirut has been the focus of clashes [between protesters and security forces], with protesters chanting slogans and calling for the resignation of the government. No time limit has been set for the protest rallies. On Monday demonstrations got nasty as rioters clashed with security forces. 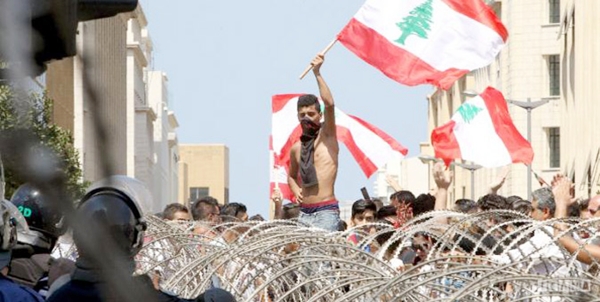 Efforts to plunge Beirut into crisis by political trash

Saudi Arabia, which is seeking to create a crisis in Lebanon, has to date blocked efforts to form a legitimate government in the country. A plot to create a power vacuum in Beirut has paralyzed the Lebanese government and hampered the formation of functioning institutions in Lebanon, something which has fueled public dissatisfaction as well.

The clashes erupted on Saturday and came to a head on Monday (August 24) as rioters tried to enter the headquarters of the Lebanese prime minister.

The protesters pelted security forces with stones and Molotov Cocktails and police responded with tear gas. The Army has been deployed in the capital’s streets because of the police’s inability to handle the crisis. Protesters have gathered around the prime minister’s headquarters barring Tammam Salam from entering his office.

Prime Minister Salam, who blames the absence of a president for the unrest in the country, slammed the back-to-back failures of political parties to fill the vacant seat of president, and said this catastrophic dysfunction should be brought to an end. He went on to repeat his previous warnings about the presidential vacancy and said the inability to pick a president will render the country unable as far as other issues go.

Today Lebanon has been hit by political clashes which have affected all people, young and old, he said, adding we should not wait for magic [to get things done]; the government cannot continue this way and run the country in the absence of lawmaking authority. Salam also said that people have every right to protest against such a situation, adding that people are the ones who hold the government accountable for the closure of institutions by political forces.

Lashing out at Saudi mercenaries, the Lebanese premier said that the Lebanese citizens are not to blame when divisive and provocative remarks of the officials are heard in the country daily. “Yes the trash crisis is the straw that broke the camel’s back, but there is a bigger picture. This is about the political trash in this country.”

It would be interesting to review how tensions broke out in Lebanon. Initially, a small group of youths called for the settlement of Beirut’s garbage problem by launching a “You Stink” campaign. Their call for a rally was immediately welcomed by Saudi-backed parties and the Takfiris supporting Sheikh Ahmed Al-Assir.

This is similar to what unfolded in Eastern Bloc countries where nonviolent civil protests were quickly engineered by color-coded revolutions, reached a tipping point and finally set off the collapse of governments. And now the garbage problem in Beirut has played into the Saudi hands.

Street clashes raged on in Beirut and the question of garbage which was raised by the real protesters [the first protesters or those who called for protest rallies] was hijacked by rioters who took control of the protests in the capital. The plotters of street riots have called – in their slogans – for a “revolution” and “the resignation of the Lebanese prime minister”. They seem likely to go so far as put the country on the brink of civil war and force Tammam Salam out of office.

The elimination of Lebanon’s prime minister together with the void created by failure to pick a president can have catastrophic consequences [for this country]. Suicidal agents in the ranks of rioters tried Monday morning to seize sensitive security, military and political centers. They are struggling to fan the flames of tension and force the Army to use force.

The political state of affairs in Baghdad is better than Lebanon thanks to the presence of religious authorities in Najaf and the vigilance of the Iraqi government, but a Beirut-style scenario is playing out in Iraq. Over the past two weeks, genuine protesters in Iraq held peaceful rallies demanding reforms, and their demand was supported by the government and the religious authorities.

Despite Ayatollah Sistani’s special stress on the need for reforms, some elements are trying to blame the religious authority in Najaf for the political crisis and corruption in Iraq. The Ba’athists and elements with links to Saudi Arabia are behind such an odd move at a time when Iraq has been dissected by ISIL and innocent Iraqis are slaughtered by Takfiri terrorists daily.

Rioters in Iraq on Sunday shouted slogans and called for the ouster of the Islamic Dawa Party affiliated to Prime Minister Haider al-Abadi and former premier Nouri al-Maliki.

Hundreds of rioters stormed the governor’s office in Al-Hindiya, east of Karbala Province and expelled its employees. In Babil Province south of Baghdad, security forces were called in to disperse protesters after they stormed the governor general’s office and called for the resignation of the governor general and dissolution of the governorate council. Meanwhile, the Babil Operations Command declared a curfew in [in the central city of] Hillah. The curfew took effect at 10:00 p.m. local time and continued into Monday morning.

Mahmud al-Hasani al-Sarkhi, a pseudo-cleric who is backed by the Saudi regime, is said to be behind the unrest in Iraq, prodding his supporters to turn popular demonstrations into political demands and opposition to certain religious authorities. Last year he inflamed tensions in Karbala and was forced to escape after security forces and the Army entered the scene and a number of his supporters were killed. But some of his sympathizers are still active in religious cities in southern Iraq. Al-Sarkhi can be viewed as the main enemy of the religious authority in Najaf.

The plot to instigate velvet riots in Beirut and Baghdad can prove problematic for the Lebanese and Iraqi governments, but they will equally provide Saudi Arabia and Takfiri ISIL terrorists with a respite. Saudi Arabia and the Zionist regime – which have been extremely isolated thanks to the Joint Comprehensive Plan of Action and feel threatened by the West because of Europe’s pivot toward Tehran – are scrambling to rekindle tensions in the Middle East. 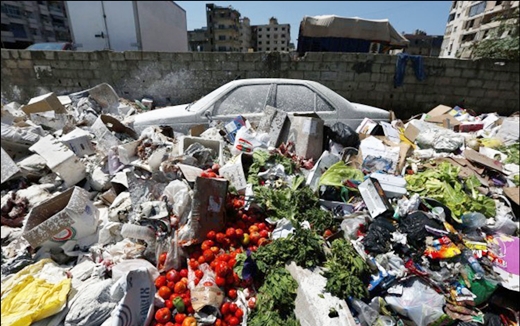