Leader of the Islamic Revolution Ayatollah Seyyed Ali Khamenei said Iran’s experience in striking a nuclear deal with world powers, including the United States, proved that Washington cannot be trusted.

“Today, even the diplomats and individuals who were present in the [nuclear] negotiations reiterate the fact that the US breaks its promises, and while speaking softly and sweetly [to Iran], it is busy obstructing and damaging Iran’s economic relations with other countries,” Ayatollah Khamenei said.

The Leader made the remarks in a meeting with thousands of Iranians from several provinces in the capital, Tehran, on Monday morning, as reported by the Leader’s website and translated by IFP. 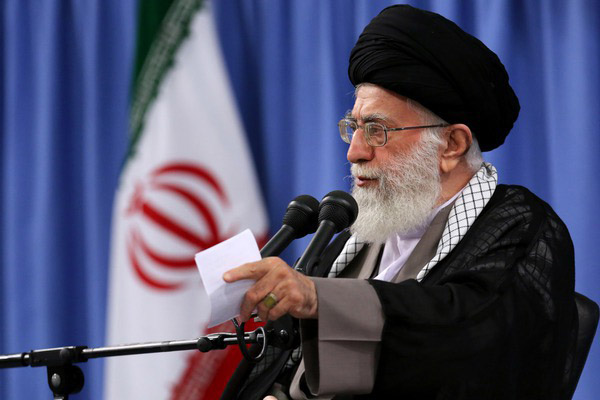 “I have been reiterating the issue of US unreliability for years, but it was difficult for some to accept the reality,” the Leader went on to say.

“The cruel sanctions were supposed to be removed so that people’s lives are positively influenced. Has any tangible change been made in people’s lives?” Ayatollah Khamenei asked.

“If it was not for the US violation of its commitments, the government could do many things during these months, couldn’t it?” the Leader further noted.

The sanctions were initially supposed to be lifted all at once; however, the Leader said, there are now talks of their gradual removal.

Enumerating cases of the US breach of the deal, the Leader said the experience of JCPOA made it clear that negotiation with the US on other regional issues would be a “lethal poison”.

One cannot trust the US on any issue, Ayatollah Khamenei stressed.

The Leader went on to say that negotiation with the US government would entail deviation from the road to progress, making successive concessions and bowing to the language of force and violation of commitments.

“There is intense speculation in Turkey’s recent events that the coup was carried out with Americans’ planning and assistance, and if confirmed, it will mark a big scandal for the US,” the Leader noted elsewhere in his remarks, as reported by Tasnim. 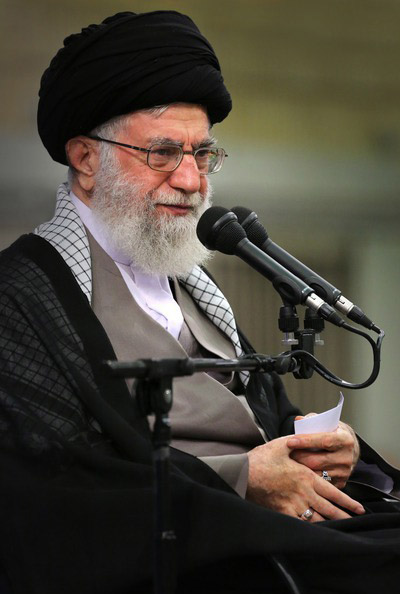 Washington’s hostile plots and interference are not confined to Iran, the Leader stressed, adding that the US is “opposed to Islam and Islamic tendencies and that is why they stage a coup in Turkey, in which there are Islamic tendencies.”

The coup was crushed in Turkey and the US became obnoxious in the eyes of the Turkish people, Ayatollah Khamenei added, noting that Americans are on the wane in other places like Iraq and Syrian, too.

Elsewhere in the address, Ayatollah Khamenei referred to the US as the party that either creates or escalates conflicts in the region, stressing that regional countries are capable enough to deal with the region’s problems.

“We… remind the regional governments that the US is not trustworthy and considers the Arab governments as tools to preserve the Zionist regime (of Israel) and fulfil its arrogant policies,” the Leader underscored.

Saudi-Israeli Ties, Stab in Back of Islam

Ayatollah Khamenei further slammed the revelation of overt relations between the Saudi government and the Zionist regime as a stab in the back of the Islamic community, saying the US again has had a role in such a grave sin and betrayal. 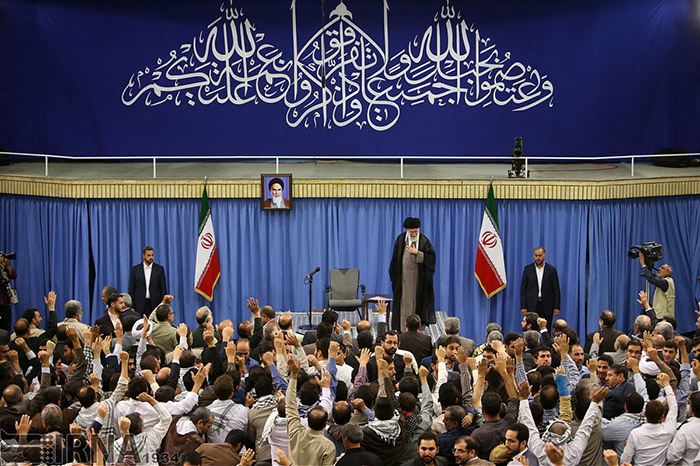