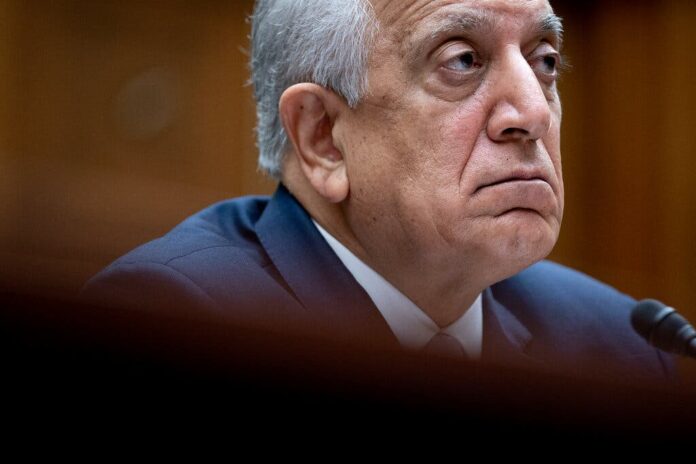 The Biden administration’s top envoy to Afghanistan, Zalmay Khalilzad, is leaving his post, the US State Department has confirmed. It comes less than two months after the US messy and deadly withdrawal from the war-torn country.

Khalilzad will leave his post following the breakdown in peace negotiations and Taliban takeover this summer, the US State Department confirmed Monday.

Thomas West, who previously served as Khalilzad’s deputy, will take over the top post, Secretary of State Antony Blinken said in a statement.

Khalilzad told Blinken of his decision to resign in a letter obtained by POLITICO.

“Tomorrow, I step down from my position as the Special Representative for Afghanistan Reconciliation. I decided that now is the right time to do so, at a juncture when we are entering a new phase in our Afghanistan policy,” he wrote.

While he defends his tenure, he admits “the political arrangement between the Afghan government and the Taliban did not go forward as envisaged. The reasons for this are too complex and I will share my thoughts in the coming day and weeks.”

“Going forward, I plan to contribute to the discussion and debate about not only what happened but what should be done next,” he continued.

The veteran diplomat, who served under both Presidents Donald Trump and Joe Biden as the special representative for Afghanistan reconciliation, led talks with the Taliban in Qatar that resulted in the Trump administration’s agreement to leave the country by May 2021.

The Biden administration kept him on through the transition, as he continued to try to coordinate a power-sharing agreement between the Taliban and the Afghan government.

But the diplomatic talks broke down after Biden announced in April that the U.S. would end its 20-year mission in Afghanistan by Sept. 11.

Khalilzad was one of the first Biden administration officials to admit that the Taliban’s rapid sweep across Afghanistan caught the U.S. flat footed.

“It’s not surprising that with the reduction, or almost complete withdrawal of U.S. forces that was on the side of the Afghan government, that they would make some progress,” he told POLITICO in July.

“They have made more progress, perhaps, with the reduction and withdrawal [than] one could have analytically predicted,” he stated.

“Their position, given the developments of the past several weeks, is stronger than it was before,” he added.

The Taliban seized Kabul on Aug. 15.

The Biden administration’s chaotic departure from Afghanistan was marred by scenes of chaos and a frantic rush to evacuate American citizens and Afghan allies. At Hamid Karzai International Airport, where tens of thousands of people gathered trying to leave the country, a suicide bombing attack killed 13 American service members. A botched U.S. drone strike in retaliation for that bombing accidentally killed 10 civilians.

The State Department and Pentagon inspectors general, as well as several congressional committees, have launched investigations into the end of U.S. operations in Afghanistan.