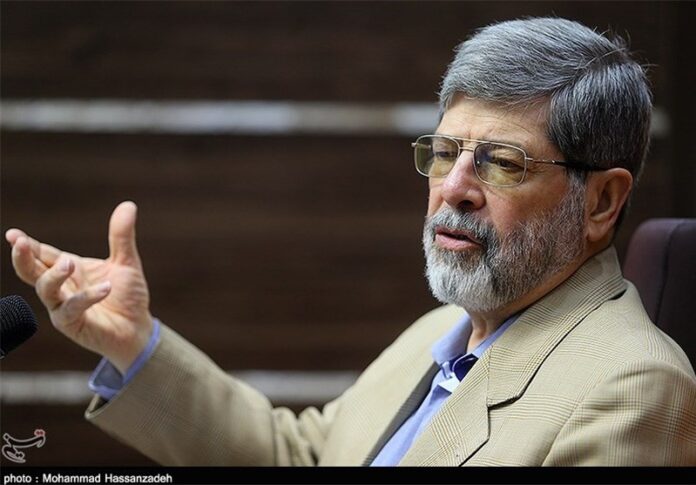 Head of Iran’s Academy of Medical Sciences has denounced the “barbaric and illegal” US sanctions against the Islamic Republic’s health sector, saying the Iranian patients are suffering from the sanctions while the self-proclaimed champions of human rights have remained silent.

In a letter to European Union Foreign Policy Chief Federica Mogherini, Dr. Seyed Alireza Marandi bemoaned the fact that the US sanctions have limited the access to medicine and vital medical equipment in Iran and have led to critical health conditions and the death of many patients.

The Iranian physician also highlighted his academy’s duty to monitor the health of Iranian citizens, and listed a number of health problems caused by the “outrageous sanctions” against people of Iran.

“The illegal sanctions, based on evidence and documentation and as stated in the several correspondences that I have had with the UN Secretary-General, have limited the access to medicine and vital medical equipment leading to critical health conditions and the death of many innocent patients,” he deplored.

“The use of brutal sanctions has led to a reduction in the value of the national currency, a decrease in the public’s purchasing power, and rising prices. As a result, providing affordable healthy food for many people has become problematic. Therefore, US-led economic warfare and terrorism has had a direct impact on the health of the community,” Marandi noted.

“Major events, such as flooding in parts of our country in recent months, have seriously damaged houses and living conditions for many people, and unfortunately, cruel sanctions have prevented international financial aid and even aid from fellow Iranians abroad to reach the people in need. Meanwhile, soaring summer temperatures increase the risk of an outbreak of contagious diseases among these people,” he warned.

“Given the above, what is certain is that the problems related to supplying food and medicine cannot be solved through the utterly inadequate and unreliable mechanisms you intend to create,” Marandi told Mogherini.

“The entire sanctions regime must be lifted or ignored, our oil exported, and normal banking and financial exchanges resumed in accordance with the nuclear deal in order to resolve these problems. The compassionate and hardworking medical community in the Islamic Republic of Iran, over the last forty years, has been struggling for the wellbeing of our people. This was especially evident during the imposed war when Western countries provided Saddam Hussein with chemical weapons and as numerous layers of illegal and inhumane sanctions were imposed. This question will always remain in the minds of our medical community: why should our people suffer under these barbaric sanctions while the self-proclaimed champions of human rights are silent and complicit?” the Iranian physician concluded.

Back in May, Marandi sent a letter to UN Secretary General Antonio Guterres, decrying a muted response from the international human rights organizations to the crimes committed by the US regime and blocking of international aid to Iranians affected by floods.