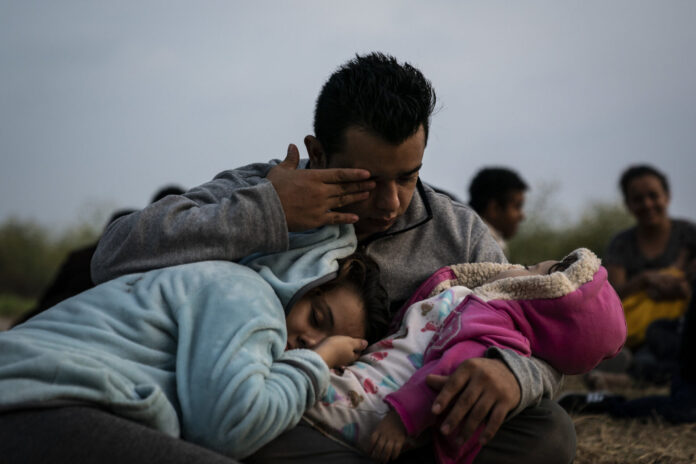 The number of arrests made by American Border Patrol at US-Mexico border has climbed to the highest level since 1986, according to US Customs and Border Patrol data. The report has highlighted the deepening political and humanitarian challenges the White House is facing on immigration.

Between October 2020 and September 2021, US border authorities detained more than 1.7 million migrants at the country’s southern border, the highest number since 1986, according to new Customs and Border Protection (CBP) data, obtained by The Washington Post daily.

The CBP is due to release the data later this week, according to the newspaper.

The WaPo report comes after Tucson Police Department Chief Chris Magnus, nominated by President Joe Biden to head the CBP, faced tough questioning from Senate Republicans, who in particular pressed him to call the surge in migrant arrivals a “crisis”.

Magnus, however, described it as a “significant challenge”, adding that “the numbers are very high”, something that echoed the Biden administration’s preferred remarks to depict the situation with migrants.

Washington has repeatedly drawn criticism from Republicans over the president’s handling of the refugee crisis at the US southern border, with the White House repeatedly calling the issue a “vital human challenge” instead of a “migration crisis”.

The New York Post has, meanwhile, reported that the Biden administration is secretly flying planes with unaccompanied migrant minors to suburban New York in order to quietly resettle them across the region.

The paper also referred to its analysis of online flight-tracking data, which suggested that around 2,000 unaccompanied migrant minors have arrived at the Westchester County Airport, 30 miles north of New York City, on 21 flights since 8 August.

The latest CBP figures showed that at least 37,805 unaccompanied migrant children have already entered the US.

Other moves included rescinding the Trump-era travel ban and promising a “path to citizenship” for more than 11 million undocumented immigrants already living in the US.