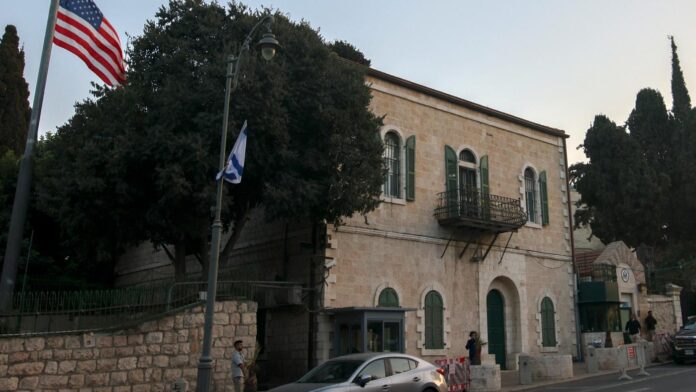 Two hundred American Republican lawmakers sent a letter to US President Joe Biden on Monday, urging him not to re-open Washington Consulate in East Jerusalem.

The administration is looking to reopen the consulate that was closed during the Donald Trump administration but given the objection of Prime Minister Naftali Bennet and several cabinet ministers, it is not clear when Biden will move ahead with the plan.

“We write today to express our strong opposition to your administration’s proposal to reopen the US consulate general in Israel’s eternal capital, Jerusalem, that would provide separate diplomatic outreach to the Palestinians,” the House Republicans wrote.

They added that reopening the US consulate general in Jerusalem “would be inconsistent with the Jerusalem Embassy Act of 1995 by promoting division of Jerusalem.”

“This would be unacceptable, shameful, and wrong,” they wrote, and noted that Biden supported the legislation as a Senator. Rep. Lee Zeldin spearheaded the letter, and he was joined by all House Republican leaders, including minority leader Kevin McCarthy and Republican Whip Steve Scalise.

They argued that if the administration would move ahead with its plan, it “would create a misguided situation in which the US would essentially have two separate diplomatic missions in Israel’s capital, including the US Embassy to Israel along with the consulate general for outreach to the Palestinians whose government is based in Ramallah.”

“The Trump Administration fixed this ill-advised situation with the merger but maintained outreach to the Palestinians by establishing the Palestinian Affairs Unit (PAU) within the US Embassy in Jerusalem,” they wrote.

Noting the opposition within the Israeli government, the lawmakers wrote: “We urge you to respect our close ally Israel’s opposition to the reopening of the US consulate general in Jerusalem, especially since Israel’s cooperation is essential.”

Last week, US Senator Bill Hagerty of Tennessee, along with 33 other Republican senators, introduced a bill meant to block the Biden administration from opening a consulate serving Palestinians in Jerusalem.